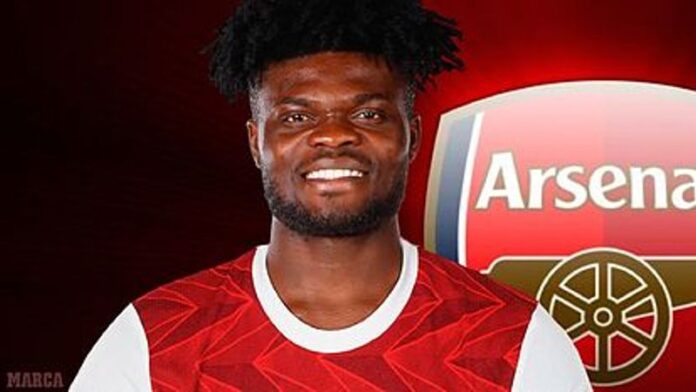 Partey signed a long-term deal at the Emirates after he completed his medical and paperwork just before Monday’s 11pm deadline.

Juventus and Arsenal had been interested all summer, but it seemed as though neither were willing to pay the full £45 million fees required to prise Partey out of the Spanish capital.

This attitude filtered through to the player as well, who had resigned himself to focusing on the 2020/21 season with the Spanish giants irrespective of his dispute with the hierarchy behind the scenes, however, Arsenal’s huge effort on deadline day made this deal a reality.

However, on Monday the Premier League club finally agreed to pay the £45 million fee and the 27-year-old and his medical took place in the Spanish capital.

Reports are conflicted whether he is signing four or five-year deal, with the Guardian reporting that he will be on £250,000-a-week at Arsenal.

The release clause meant that the buying club didn’t need to negotiate with the selling club and instead triggered the deal by telling La Liga they were triggering the release clause, in the same way PSG bought Neymar and Manchester City bought Rodri.