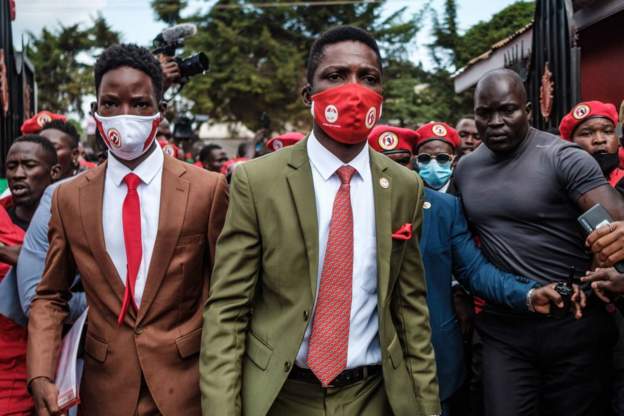 Uganda’s opposition MP Robert Kyagulanyi, popularly known as Bobi Wine, was arrested during a police raid at his party’s office on Wednesday, his lawyer has told AFP news agency.

“This is despicable and an attack on democracy by the partisan police and the army,” Mr Wameli is quoted as saying.

The party office was raided by dozens of armed soldiers and police officers.

Bobi Wine, who is running for the presidency, said documents to secure his nomination went missing during the raid. The elections will be held in January 2021.

Police said the raid was not political but an operation on misuse of uniforms and accoutrements that are gazetted.