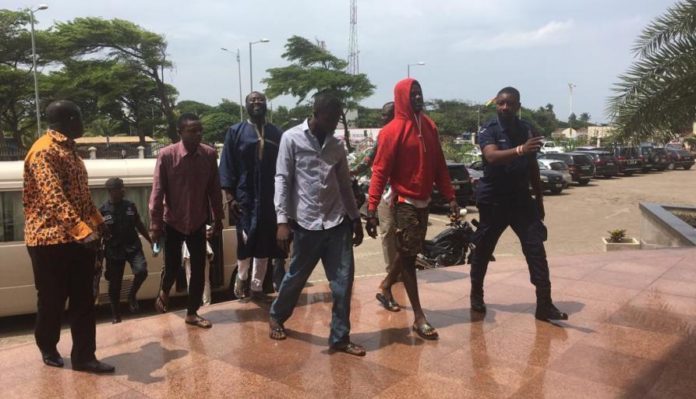 The State has called its first Prosecution Witness in the case in which four persons have been charged with unlawful imprisonment of two Canadian nationals last year.

The four Sampson Agharlor, aka Romeo, Elvis Ojiyorwe, Jeff Omarsar, and Yusif Yakubu have all pleaded not guilty to the charges of conspiracy to kidnap, two kidnappings, and an unlawful improvement.

They have been accused of playing various roles in the kidnapping of Miss Lauren Patricia Catherine Tiley and Miss Bailey Jordan Chilley, who were in Kumasi to participate in a youth programme on June 4, 2019.

When the case was called on Friday, October 16, Hilda Craig, Senior State Attorney told the court that prosecution was ready for the trial to start.

She however prayed the court that the matter be heard in-camera since the witness is a national security officer.

The court presided over by Justice Lydia Osei Marfo granted her the request and cleared the court.

The brief facts accompanying the charges were read to the court by Senior State Attorney Hilda Craig after their plea were earlier retaken.