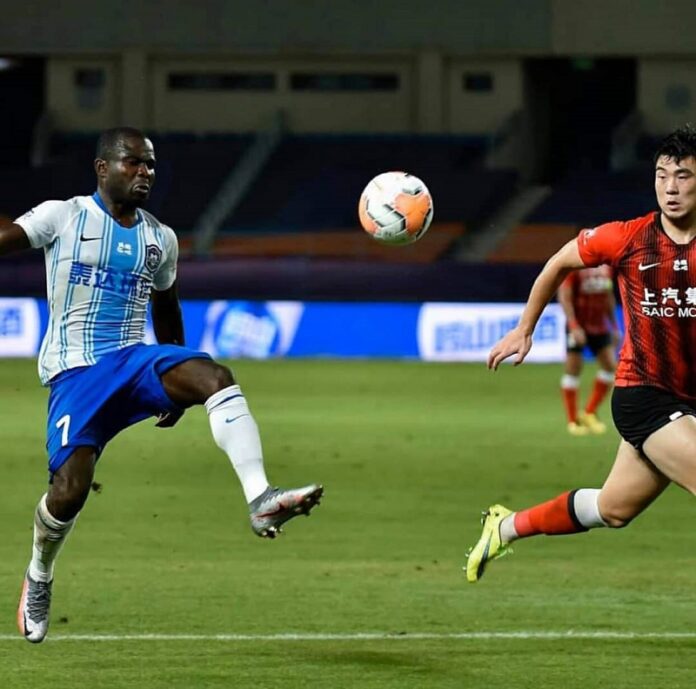 The former Anderlecht marksman who turns 27 today, opened the scoring in the first half after just four minutes on the clock to put the host 1-0 up early in the match.

After an early goal, one would’ve expected a goal-fest but that wasn’t the case as the first 45 minutes ended with just one goal in it.

After the break, Tianjin Teda continued from where they left off as the Ghanaian doubled the home team’s advantage by scoring his second goal in the match to make it 2-0 for his team six minutes into the second half.

There were no more goals scored in the remaining minutes of the match and Tianjin Teda recorded a first-leg playoffs win at home.

The two teams will square off again on Wednesday in the second leg of the relegation playoffs of the Chinese Super League 2020 campaign.

The 27-year-old Ghanaian winger has two goals and three assists to his credit this season.