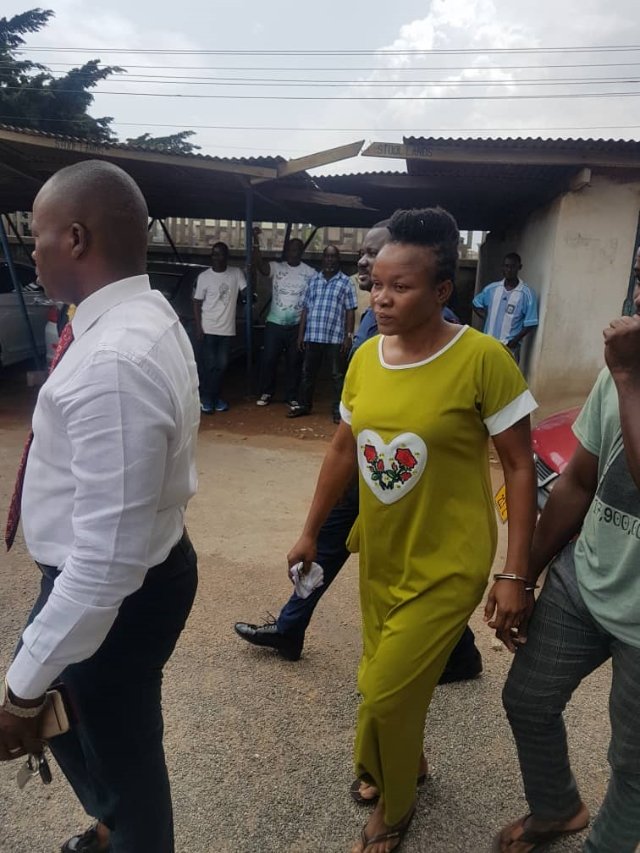 The Commercial Division of the Accra High Court presided over by Justice Samuel Asiedu has varied the bail conditions of WOII Esther Saan with the new order allowing her to go home.

WOII Saan is the only female among the 10 accused persons who have been held for an alleged coup plot.

Though she had earlier been granted bail, one of the conditions of the bail was for her to be under Military Guard at the Burma Camp.

Her lawyer Ziyerley Agbambilla Esq. while moving the motion for bail variation said, she is a young mother and ought to be granted a normal bail like any other person.

According to him, her current situation under the military guard is akin to a prisoner at the Nsawam Prisons.

He prayed the court to grant her an “unimpeded access bail variation” to enable the lawyers have access to her to prepare her defense.

Senior State Attorney, Hilda Craig who represented the Atyorney General said the State does not oppose the motion for bail variation.

She was however quick to add that “we want the court to review the bail such that the accused person can stand trial.”

The accused person who was in court told the court that she works with the Ghana Armed Forces but currently she is in the custody of the Military Police.

She told the court that she is in the Military Mess with standing orders and that, under the standing orders, she had guards in the hall where she is being kept.

According to her, she lives in a small bedroom with no kitchen and that her children are not with her there.

The mother of three told the court that she is faced with challenges where she is at the Burma Camp to the extent that, the standing orders do not allow her to have her privacy with her children and visitors.

“I have a problem there. The standing orders do not allow me to have access to my family and visitors. I don’t come out to see the light of day. I’m always inside. They don’t allow me outside. I want to go to my house,” she told the court when explaining her present situation at Burma Camp.

Justice Asiedu, a Court of Appeal judge sitting with additional responsibility as a High Court judge after hearing all the parties varied her bail condition and ordered that she should be taken out of the Military Camp to her house at Teshie.

The court said “I have reviewed the terms of the bail to GHc500, 000 with two sureties and should report to her immediate boss, Commanding Officer at the Army Combat Traning School at Teshie every two days beginning from Saturday, October 24, 2020 at 7:30am.

The court directs that, the Comanding Officer should keep records of her reports.

At this point, counsel for the accused person drew the court’s attention to the fact that, they had already been granted bail in the sum of GHc100,000 with two sureties which has been executed.

He prayed the court to consider the GHc500, 000 bail sum to reflect the GHc100,000 which she has already been executed.

Counsel said, even with the GHc100k bail sum, “we had some difficulty in executing so we pray that the old bail be maintained.”

According to him, if the bail sum is left at the GHc500, 000 “we may have to come back and bother the court again with bail variation.”

The trial judge said “I will reduce the bail sum to GHc100, 000 with two sureties. She should be moved from where she is now to the Commanding Officer at Teshie.

Alleged Coup plot: Trial for ACP Agodzor, 9 others trial to commence in January