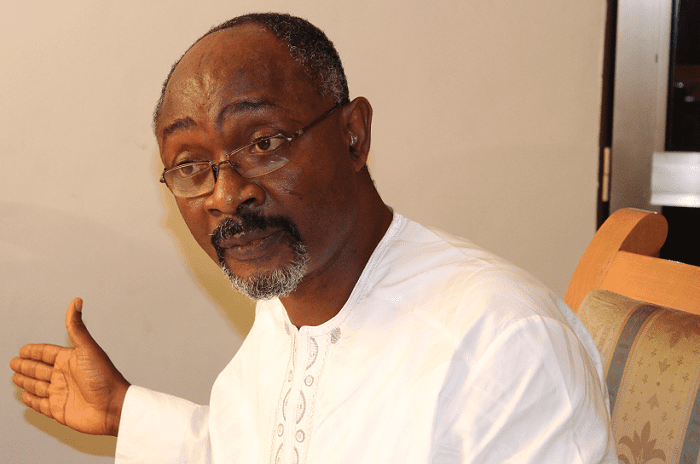 A five-member panel of the Supreme Court presided over by Chief Justice Anin Yeboah has dismissed an application by businessman Alfred Agbesie Woyome over the auction of his properties.

The businessman whose properties have been auctioned by the AG to defray GHc51.2 judgment debt paid to him by the state wanted the court to set aside that order for the sale of his property.

He rather wanted to offer over 1,567 acres of land which he estimated at the cost of $15.5million to the state.

But the court after listening to him ruled that his application was “unmeritorious in procedure and dismissed it as an abuse of court process.”

In the apex court’s first public sitting of the new legal year, Mr. Woyome who was representing himself while moving the application said all efforts to meet the Attorney General’s Department to hear him was frustrated.

According to him, there were government agencies and ministries who had all expressed willingness to acquire those lands he owed.

The businessman told the court that the properties that have been attached for auctioning have problems with some being used as collateral.

He told the court that on the day of the auction, they were present at the venue but no auctioning was done.

He was of the view that, had there been an advertisement by the auctioneer, somebody would have bought it higher than the National Security Secretariat.

He told the court that the judgment creditor, which is the Attorney has refused to accord him an audience on how to agree on the processes.

But members of the panel particularly Justice Nene Amegactcher said, the state does not need his consent to auction the properties after the Supreme Court has okay its sale.

The court said, the state will not be in the position to know all properties that he owed and therefore can only auction what it has identified.

The court said, the auction has taken place and National Security Secretariate has bought it, hence the dismissal.

Court to decide on auction of NAM1’s properties tomorrow