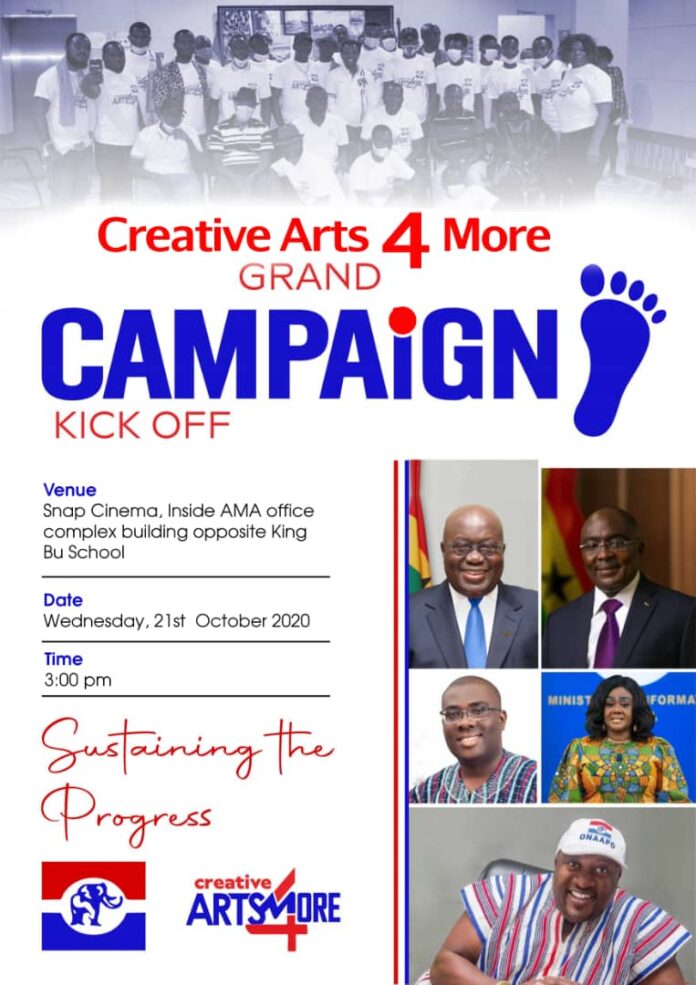 National Film Authority – Action Group (NFA-AG), a creative arts industry pressure group largely made up of film industry stakeholders has chided the ruling New Patriotic Party over their upcoming Creative Arts 4 More Grand campaign to be launched at the Snap Cinema in Accra.

The group expressed its displeasure over the party’s decision to use the Snap Cinema for its political gathering when the President, Nana Addo Dankwa Akufo-Addo, in his latest address to the state, imposed further Covid-19 restrictions on the cinemas. 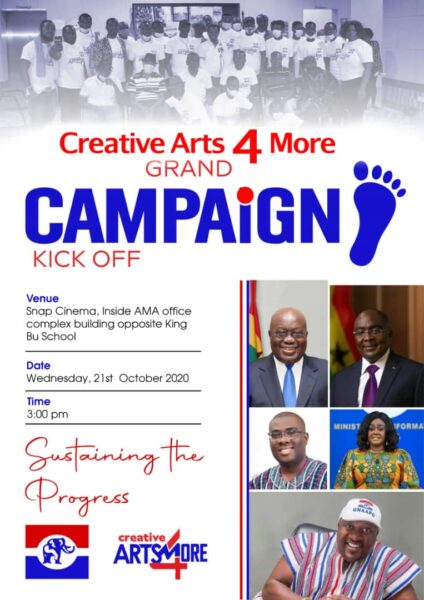 The group described the NPP Government’s action as self-centred and not considering the plight of the filmmakers even after a petition was submitted through the Minister of Tourism, Arts and Culture.

“Hmmm, they can use the cinemas for political gathering but it can not be opened for the one thing it was built for. Big Shame

“Hmm….. I actually thought the cinema wasn’t a good place for gathering… Now is good for this… God no go shame us.

“Let’s create new demonstrations across the country. Let demonstrate against such individuals and governments for such initiatives without proper consultation of its membership.

“And now they are using the same cinema for their meetings. The hours they will spend for the meeting is the same ours we spend in premiering our movies in the cinemas. Even less ours. So what is the difference between the meeting they are having in the cinema hall and movie premiers? Filmmakers expressed disappointments in Government

The NFA Action Group is requesting the government to allow cinemas to operate with immediate effect else it will hit the streets with series of demonstrations for the president to heed to their humble plea.

The group claimed its effort to get the government to lift the ban on cinemas has proven unsuccessful.

The Filmmakers said that the cinema culture in the country was deteriorating even before the pandemic and prolonging the restrictions worsen’s the problem.

Measures put in place by the NFA Action Group

NFA-AG believes their film activities would not breach the Covid-19 protocols when restrictions on cinemas are lifted.

In their address, the group indicated that it had evaluated the potential spread of the virus at all cinemas across the country and the attached risk assessment showed the residual rating as safe for reopening.

The group proposed nine Covid-19 protocols which would be strictly observed by authorities and customers.

An online booking system which will allow owners of cinemas to track and trace customers easily will be provided.