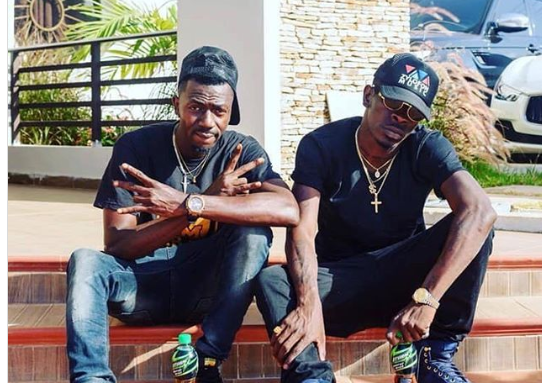 Joint 77, one of the sacked militants of Shatta Wale, has hinted he would want to work with the SM Boss again.

He told Eddie Ray on Kasapa Fm’s Drive Time show ‘Di Wu Lane Mu’ he still wants to patch things up Shatta Wale so they can work together again.

“I still want to work with Shatta Wale again but I wouldn’t want to be part of the militants group,” Joint 77

Joint 77 was among three other militants comprising Captan, Natty Lee and Addi Self who stood strongly behind Shatta Wale and together made hit songs dubbed ”Taking Over” and ”Thunder Fire”.

Their relationship with Shatta Wale looked good until recently that the dancehall artiste took to his Facebook page to angrily disclose he had sacked all the militants but kept Captan.

The reason for the militants’ dismissal was later established by Shatta Wale as betrayal on the part of his militants.