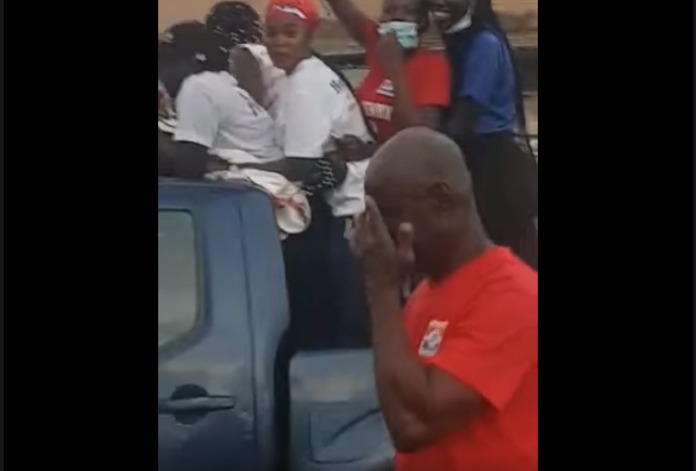 The Police Administration has launched investigations into the alleged use of a Police vehicle for campaign by the ruling New Patriotic Party(NPP).

Social media platforms have been awash with a viral video and pictures showing some NPP supporters being conveyed in Police a vehicle.

A Press Statement issued by the Police Administration and signed by Director of Public Affairs of the Ghana Police Service, Superintendent Sheila Kessie Abayie-Buckman said the IGP, James Oppong-Boanuh has directed the Director-General, Police Professional Standards Bureau (PPSB) to investigate and bring, a report on the matter, for officers who are found culpable to be sanctioned accordingly.

The statement added: “The Police Service is committed to its avowed principle of impartiality. The general public should be assured of the performance of police duties without fear or favour.”

The Police action on the matter comes after the largest opposition NDC leader, John Dramani Mahama condemned the scene on his social media handle and described it as “unacceptable conduct and unprofessional.”

He claimed the “bastardization of our institutions is one of the outcomes of this failed leadership.”