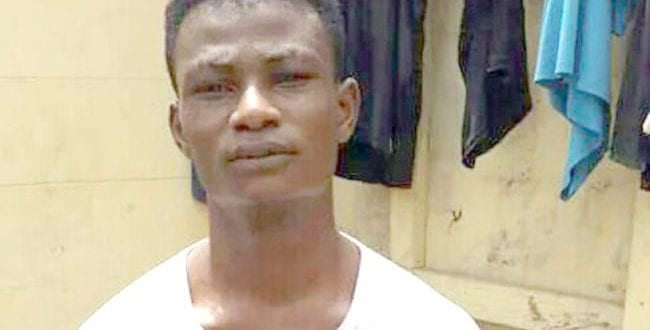 The Criminal Division of the Accra High Court has refused to grant audience to self-confessed killer of the late Abuakwa North Member of Parliament Daniel Asiedu who is standing trial for murder.

Asiedu alias Sexy Don Don and one Vincent Bossu facing the charge of abetment appeared before the court on Friday, the first of the new legal year.

When the case was called the accused persons whose counsel was absent in court particularly Asiedu, wanted to address the court.

The court said he could not be heard and that if he has anything to tell the court at this stage he should do so through his lawyer.

With his hands up in the air, the accused person said he has no counsel for now but the court said per the court records he has got a counsel.

“I didn’t bring my ears today so I can’t hear you. If you have anything tell your lawyer and he will tell the court,” the Judge said.

But in reaction, Asiedu said, “My Lord I don’t have a lawyer.”

Previously in court, the court ordered the Registrar of the High Court to serve a hearing notice to the lawyer of the accused person personally who was then absent in court.

The court today said there was no proof of the counsel of the accused persons being served with the hearing notice.

The court said the registrar has not complied with the order to serve the hearing notice on counsel. The court however ordered the registrar to do so and ensure that there is proof of service before the next court date.

The court said, the Registrar should also add the day’s proceedings to the hearing notice.

The court has also directed the prosecution to serve the accused persons and their lawyers with disclosure documents.

JB Murder Case: Appear before me on Oct 11, else – Judge warns AG