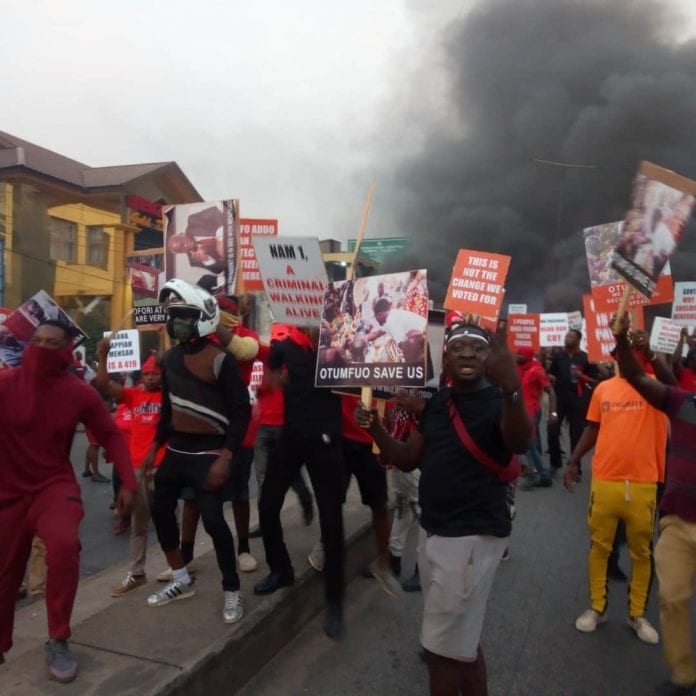 Aggrieved customers of defunct gold dealership company, Menzgold have threatened to sue government over its refusal to pay up their locked up funds.

They have served notice of their intention to drag the Bank of Ghana and the Securities and Exchange Commission(SEC) and the Minerals Commission among others to court for failing to do due diligence in the matter.

In a letter forwarded to the Attorney General, sighted by Kasapafmonline.com and issued on behalf of the group by its Lawyers accused government of unreasonably delaying the freezing of assets of Directors of Menzgold and the Brew marketing company.

Aspects of the claims also said: “proper due diligence and investigations were not carried out by the state institutions since they failed to investigate Menzgold Ghana Ltd and Brew Marketing Consult Ltd at the earliest possible opportunity…”

However, in a statement on Monday, the customers of Menzgold said:”Although C.I.D charged Nana Appiah Mensah, a director of both Menzgold Ghana Limited and Brew Marketing Consult Limited for defrauding by false pretences and prosecuting him for conspiracy to defraud the complainants in before 2012; C.I.D did not follow the case to its natural end when Nana Appiah Mensah did not fulfil his bail terms and absconded. 13. Had Mr. Mensah been properly pursued by C.I.D in 2011-2012, he may well have been put in jail instead of conceptualizing and actualizing the entities known as Menzgold and Brew to the absolute financial detriment of countless Ghanaians which is against public interest.”

This comes after Vice President Dr. Mahamudu Bawumia stated categorically that the Akufo-Addo government will not pay them with taxpayers money.

NAM 1 back in court on September 27