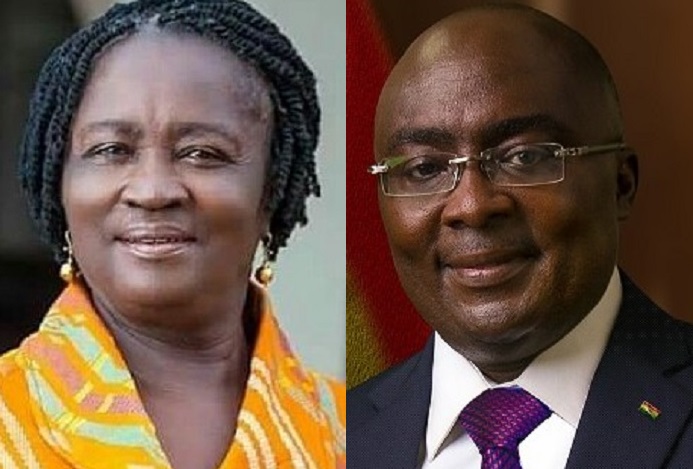 According to him, Dr. Bawumia knowing how very smart Prof. Jane Naana Opoku Agyeman will not set himself up for disgrace by availing himself for such a contest.

“Dr. Bawumia will always run away from a Vice Presidential debate with Prof. Naana Opoku Agyeman. The good professor has stated that she doesn’t need to be an economist to be a good vice president. She’s ever ready to meet and debate Bawumia in a debate to tell Ghanaians what the NDC has and will do for Ghana when elected into power.” Baba Jamal told Akwasi Nsiah on the “Ghana Wonsom” show on Kasapa FM.

Meanwhile, Prof. Naana Jane Opoku Agyemang who’s a former Education Minister has said that she would prefer debating Vice President Dr Mahamudu Bawumia in Literature instead of Economics if given the chance.

In an interview with Nana Aba Anamoah of GhOne Television, the retired professor of English Language indicated that since her field of expertise lies in English Language, that should be her focus should there be a debate between her and Dr. Bawumia.

“If there’s a chance to debate Mahamudu Bawumia, why not. If he debates me on the economy, I will debate him on literature” she told Nana Aba.

Elections and debates, the world over, move together. Ghana’s elections have been characterized by debates either between presidential candidates or their running mates.