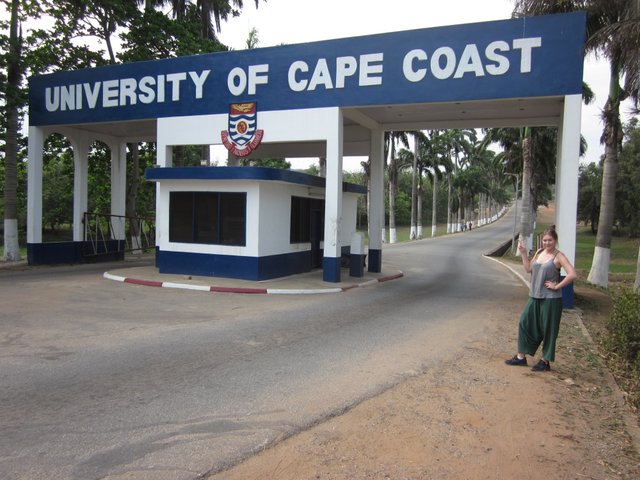 Management of the University of Cape Coast has denied reports that two students have been killed by armed robbers.

Twitter has been awash with rumours that armed robbers stormed a lecture hall on Monday night and attacked students who were learning and robbed them of their money, mobile phones, and laptops.

According to the rumours two students who are yet to be identified were killed in the process.

Videos circulating on social media show students spontaneously running helter-skelter out of the lecture hall for their lives amid screaming.

But the Public Relations Officer for University of Cape Coast Major Baah in an interview with Kasapa News Yaw Boagyan dismissed the rumour urging the public to disregard it.

“Nothing of the sort has happened on campus, it was just a prank that someone used social media to spread. Our investigations show that no armed robbers were on campus, no student has been injured or robbed of their belonging. It’s an outright fabrication and the public must disregard this rumour. The students are safe, we have adequate security protection for them.” Major(rtd) Kofi Baah Bentum stated.