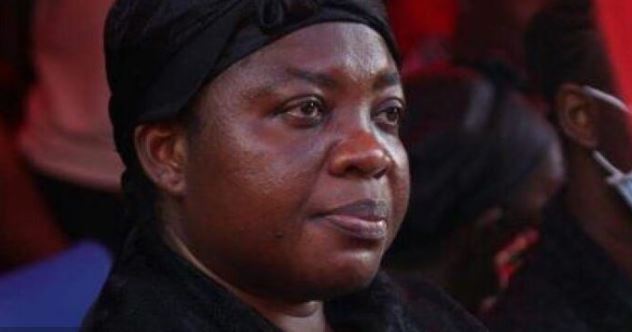 The late Ekow Quansah Hayford’s wife, Ophelia Hayford’s name has reportedly been presented for approval by the national leadership.

Many constituents in an interview with Kasapa FM vowed not to vote for the NPP if the widow is not selected because she was very instrumental in her husband’s work in the constituency.

“What our late MP has done for no other person except his wife can continue with his good works. If the party does not replace him with his wife then we’ll not vote. If the woman is not allowed to stand as Parliamentary Candidate then I’m sorry that my vote that I transferred to this constituency will be wasted. No wife no vote,” a constituent said.

“If a different person comes he’ll not continue from where our late MP got to. If his wife is not picked as Parliamentary candidate we’ll vote ‘skirt and blouse’ in this constituency. It is only his wife that we want. She is the one who has over the years been advising her husband on what to do for us the constituents. If the MP is not there today, his wife should replace him, period!,” another person stated.

Ekow Quansah Hayford was killed by suspected armed robbers last Friday while returning from a campaign at Abeaze Dominase.

The 49-year old late legislator left behind a wife and two children.

The late MP who was in his first-term won the Mfantseman seat for the NPP by 726 margin in 2016 election.

The party per the electoral laws is required to name a replacement of a candidate within 10 days of the vacancy. Sources within the party tell Kasapafmonline.com that Ophelia Hayford’s name has been presented and is likely to be approved soon.

The widow who is an Assistant Superintendent of Police(ASP) is said to have tendered in her resignation to the Ghana Police Service.

She holds a Masters’ degree and an LLB.