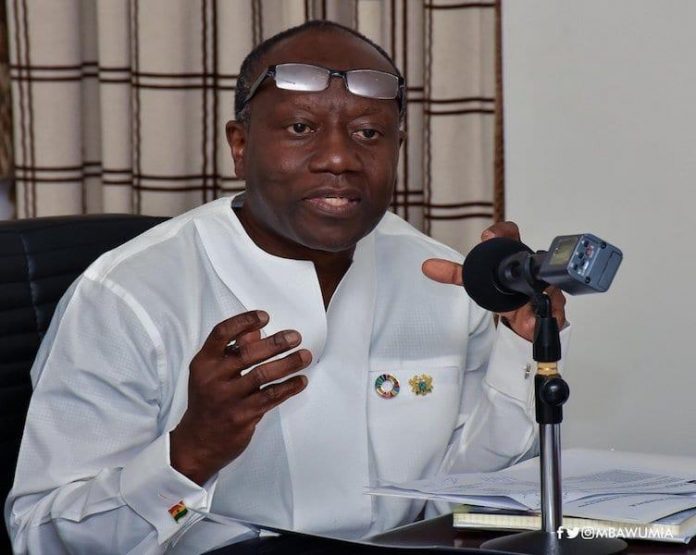 He contended that the Finance minister has for the past four years been suppressing figures to hide the true state of the economy and to deceive Ghanaians, investors and the international community.

“The IMF has been a bit hypocritical in all these, because the signals have been there. It’s not today that we’ve raised the issue about the finance minister cooking the books. He’s been cooking the books over the last four years. What he does is, he gives out some big tickets budget items and puts them as footnotes so that he can get a better fiscal report to give to the international community.

According to him, the NPP ought to have done better given the amount of resources his administration bequeathed to the Akufo-Addo administration.

“We managed this economy with one Oil field – the Jubilee field if you’ll remember, and the time we were leaving office we’d completed two more oil fields that virtually tripled revenues from Oil. I mean with that kind of extra revenue one could just imagine what they could have done in terms of transforming the economy. But we’ve not been able to…I mean you can see everywhere there is nothing to show for it.

“Their only claim to this is Free SHS, and so Free SHS is being funded from Oil revenues. But aside from that there is nothing to show for it.”

The government presented a revised 2020 budget in July as part of its Mid-Year Budget Review (MYBR), which contained an additional GHS11 billion (3% of forecast 2020 GDP) in COVID-related expenditure.

It also forecast domestic financing costs to rise by approximately 2% of GDP. The revised budget was approved by Parliament along with the government’s request to suspend the fiscal rules contained in the Fiscal Responsibility Act of 2018, which includes a fiscal deficit ceiling of 5% of GDP.

Be wary of Mahama’s falsehood ahead of Dec. 07 – NPP cautions Ghanaians