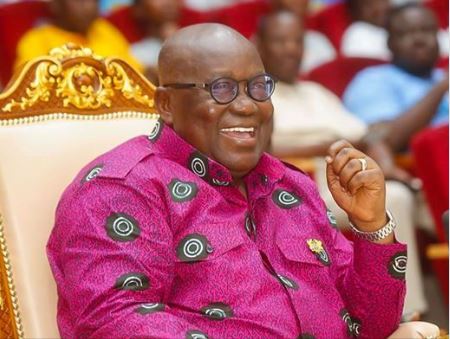 From interactions with members of the Okada Riders Association the process of gathering concerns of Ghanaians begun, the NDC captured among others its intentions to LEGALIZE & REGULATE OKADA OPERATIONS.

In page 93 paragraph 8.2.10 as captured: “Legalisation of ‘Okada’….the NDC shall legalize the use of commercial motorcycles known as Okada, and tricycles and regulate the industry to make it safer by training the riders, ensuring that they observe necessary safety precautions and mandating them to provide helmets for their passengers.

The Okada business is illegal under section 128(1) of the Road Traffic Regulations, 2012 (LI 2180) which states: “the licensing authority shall not register a motorcycle to carry a fare-paying passenger.” This is the regulation that former president John Dramani Mahama says his next administration will repeal and replace by enacting a law that will legalize and regulate that Okada industry.

Just as the NPP poo-pooed the process of drafting the People’s Manifesto, in the same way they quickly rubbished the announcement to legalize Okada by John Mahama in the Oti Region. They described the idea of Okada legalization with all manner of derogatory names and even went ahead to question whether John Mahama would allow his son to engage in the Okada business. They even said that Okada riders mostly experienced accidents and therefore Okada operations cannot be legalized.

Surprisingly and as expected, the issue of legalization of Okada caught fire across the country with popular support from Okada riders, patrons of Okada, some Civil Society Organizations (CSOs) and many critical voices of reason in Ghana. The NPP having realised that their unsavoury comments was against groundswell popular opinion on Okada business quickly changed their propaganda narratives and began to contradict themselves on NPP’s position on Okada with different contradictory explanations and messages.

First was the statement by the Minister of Transport, on 9th of September when he disclosed that the NPP government was engaging Okada riders and the outcome of the engagements will determine whether the law prohibiting Okada for commercial use will be repealed thereby making it a legal or otherwise? Exactly a week after the statement by the Minister of Transport, the Vice President Dr. Mahamudu Bawumia described Okada business as risky and so his NPP government would “NEVER” legalize Okada business. Dr. Mahamudu Bawumia went ahead to promise what he called a better alternative for Okada riders. Guess what Bawumia’s best alternative is? The provision of brand new VW vehicles for the over 800,000 Okada riders across Ghana. This sounded like Dr. Bawumia making a promise on the spur of the moment just as he did when the NPP launched their 2020 Manifesto at Cape Coast when he and Nana Akufo-Addo contradicted themselves on the proposed construction of the Cape Coast Airport by the next NPP administration should NPP win the 2020 elections.

Can you imagine an additional 400,000 cars on the streets of Accra that will worsen the already bad bumper-to-bumper traffic situation? What Dr Bawumia and NPP don’t appear to know is that John Mahama and NDC thought through the Okada policy and considered it to be double-pronged solution to solving several problems. Aside creating job opportunities for the youth, making Okada business safer by regulating it, equally solves the problem of traffic congestion in the capital city in particular.

Ironically, Dr. Bawumia’s convoy anywhere he goes is led by these same Okada riders. Talk about his recent entry and campaign tour of Ashaiman and several other constituencies in the Greater Accra Region. In fact, Dr. Bawumia was proud to share pictures and videos of his convoy and entourage of Okada riders on his social media handles. Is this mere coincidence, hypocrisy or political convenience?

As the proposed legalization of the Okada business is gaining maximum popularity and buy-in from civil society and popular voices, the NPP are running over their heads to get out of the trap they set for themselves. In their usual “pull him down” rhetoric, the NPP vile propaganda against John Mahama by citing the law banning the Okada business and pointing accusing fingers at him backfired and has failed abysmally. This couldn’t gather the necessary popular public support from the masses to save face and sustain the dying NPP.

Just when we thought the Okada business debate was settled and that the NPP had lost the debate, Sammy Awuku the NPP National Organizer was dispatched by Nana Akufo-Addo to meet a group of Okada riders whose business NPP endorses to be illegal. Because of votes, instead of the NPP government causing the arrest of the Okada riders for engaging in an illegality, Sammy Awuku rather resorted to organizing them and pretended to be throwing Nana Addo’s support for Okada business and even agreed to hold further meetings to negotiate with them. It was like meeting and negotiating with prostitutes whose activities are as illegal just as operating Okada.

The only thing that the NPP can do now is to quickly send a Bill to Parliament to legalize the Okada business or apologize to them and promise to also legalize Okada business should they win the 2020 elections …God forbid! The NPP grand deception has been exposed and the several attempts to hoodwink Okada riders to buy into the NPP so called better alternatives has been thrown back at the NPP.