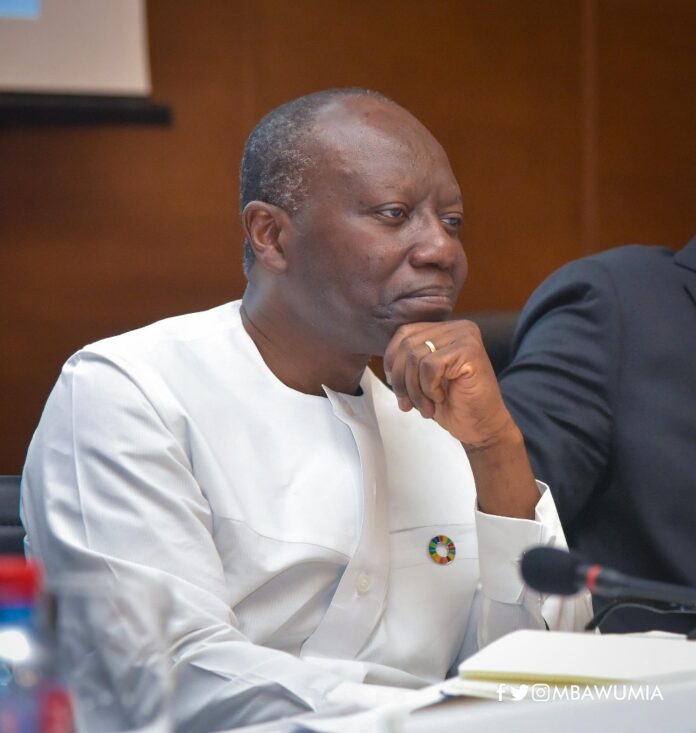 The World Bank has intensified its call for Ghana and other African countries to spend wisely and implement innovative strategies which will broaden the tax net to capture every income-generating activity in order to close the vast fiscal gap induced by the pandemic – adding that the situation has further heightened the country’s risk of debt distress.

In its Africa’s Pulse report (October 2020), the Bretton Woods institution noted that Ghana is among the countries which are expected to see fiscal deficit increase significantly to hit double-digits by the end of 2020, due to loss of revenue and increased spending. This, the bank says, will further shoot-up public debt in the year.

The country now has its public debt figure standing at more than GH¢263billion, representing 68.3 percent of GDP – with external debt forming the largest part at 35.8 percent of GDP. Meanwhile, revenue mobilisation in first-half of the year fell short of its target by 26 percent, resulting mainly from shortfalls in oil revenue, Customs receipts and non-oil Non-Tax revenues. Total Revenue and Grants for the period amounted to GH¢22billion, compared with a programmed target of GH¢29.7billion.

For this reason, the World Bank has proposed a raft of measures which include prudent spending, digitalising the tax system to capture all economic activity, and ensuring State Owned Enterprises (SOEs) are not abusing resources, among others, to address this situation.

“Broadening the tax base can build up fiscal space by raising government revenues. The insertion of digital tools into public administration may help expand the set of taxpayers, reduce costs, and improve tax performance. Governments can better identify taxpayers by issuing digital IDs.

It added: “Improving the performance of state-owned enterprises (SOEs) also involves cutting unnecessary costs in public expenditures. Amid widened deficits and high debt vulnerabilities, it is imperative for SOEs to use public resources efficiently. In this context, several actions can be undertaken to improve SOE performance.

“One, periodic reviews of SOEs to assess the amount and quality of the goods/services supplied; (2) provision of the right incentives to boost managers’ performance and the capacity of government agencies to improve SOE oversight; and (3) a level playing field for SOEs and private firms to foster greater productivity and avoid protectionism (that is, by limiting special treatment for SOEs).”

The country’s debt situation has been exacerbated by impacts from the pandemic – even pushing the Finance Minister Ken Ofori-Atta to revise the Debt Sustainability Analysis (DSA) conducted in 2019. The 2020 DSA revealed that Ghana’s debt distress from external and domestic sources remains sustainable but high.

According to the Finance Minister, impacts from the pandemic create an urgent need to stimulate the feasible fiscal space available to meet government’s funding requirements in the light of current debt levels; and to make sound budgetary and funding decisions while evaluating the solvency and liquidity status of the public debt portfolio taking into account current and future debt service obligations.

The shocks from COVID-19 (fall in crude oil prices and decline in trade), he adds, are expected to deepen the current account and fiscal deficits over the medium-term – resulting in an elevated debt path compared to the pre-COVID-19 2020 DSA.

“Nevertheless, fiscal costs – including those associated with the pandemic response and measures to support economic activity, as well as a more prolonged crisis – could have the greatest impact on debt sustainability,” Mr. Ofori-Atta said in the Mid-year Budget document.