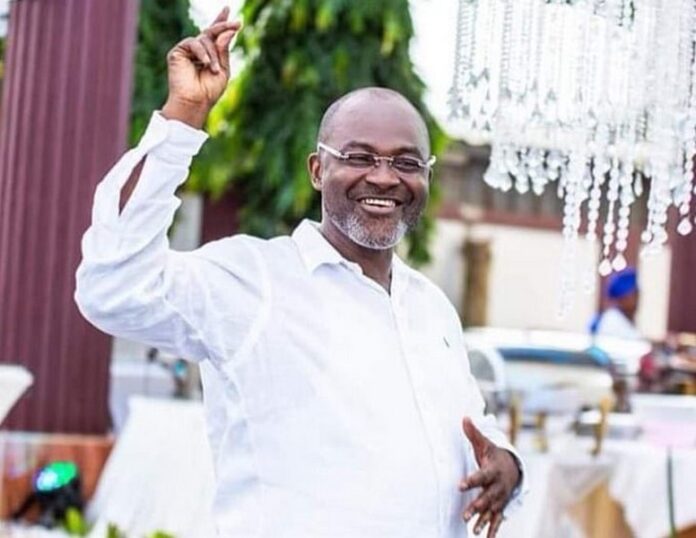 A five-member panel of the Supreme Court presided over by Justice Paul Baffoe-Bonnie has directed that the judge sitting on Ken Agyapong’s case be changed.

The court said the comments made by Ken Agyapong scandalized the court and must be made to answer to the contempt charge.

The court has however stopped Justice Amos Wuntah Wuni from continuing with the proceedings and also quashed all proceedings he presided upon.

The panel has therefore ordered the case to be sent back to the register of the High Court for a new judge to be assigned to hear the contempt case.

Kasapa News’ Court Correspondent Murtala Inusah reported that the application was granted in part to mean that, the prayer for Certiorari was refused while the argument for prohibition against the judge was granted

In court on Wednesday when the case was called led counsel for Applicant Kwame Gyan said the application for Certiorari has invoked the jurisdiction of the Supreme Court to stop High Court judge proceedings based on article 132 of the 1992 Constitution.

He added that the application for Certiorari was for the apex court to quash the entirety of proceedings of the High Court since the judge in question had an unlawful jurisdiction to dea with the case.

He argued that even though under article 126 (2) of the constitution the superior court has the power to deal with contempt by themselves, it did not say that any judge who is aggrieved by a scandalous comment should sit on the matter.

Lawyer Kwame Gyan argued that, the High Court’s affidavit in opposition made reference to the Montie case. According to him Article 129 of the 1992 constitution the court is not obliged t follow that pattern.

He said the judge’s mentioned in the Montie case did not sit n the matter and that they have taken steps to apologise to the Chief Justice, the Association of Judges and Magistrate in Ghana (AJMG) and the judge in question.

This point made Justice Paul Baffoe-Bonnie to ask why he was apologising to the CJ, AJMG and not only the judge involved.

The court said the apology they have issued recognised that somebody “was affected by your utterance that is why you were apologising to everybody.”

Counsel in response said the essence of the “apology was out of respect to the judiciary and abundant of caution so that we don’t leave anybody out.”

He argued that the high court judge was dealing with the matter based on the assumption that the comment was in reference to him.

Arguing on the issue of prohibition he said the comments made were not directed at the Land Court 12 but a different case in Labour Court two.

He said the court has wrongfully assumed jurisdiction to deal with the contempt case and prayed the court to rule in their favour.

According to him, their argument implies that there are different High Courts in Ghana which is not so, adding that section 15(4) of the Courts Acts, Act(559) makes it clear.

He said it is clear that once the High Court is scandalized, any High Court judge has the power to prosecute.

He said what the Supreme Court has to look at is whether the publication made scandalized the court for which the applicant was summoned and if the charge by the High Court was proper.

He therefore submitted that the Supreme Court is properly clothed with the capacity to access if the High Court position on the matter actually exceeded jurisdiction.

He said the application is unmeritorous and ought to be dismissed.