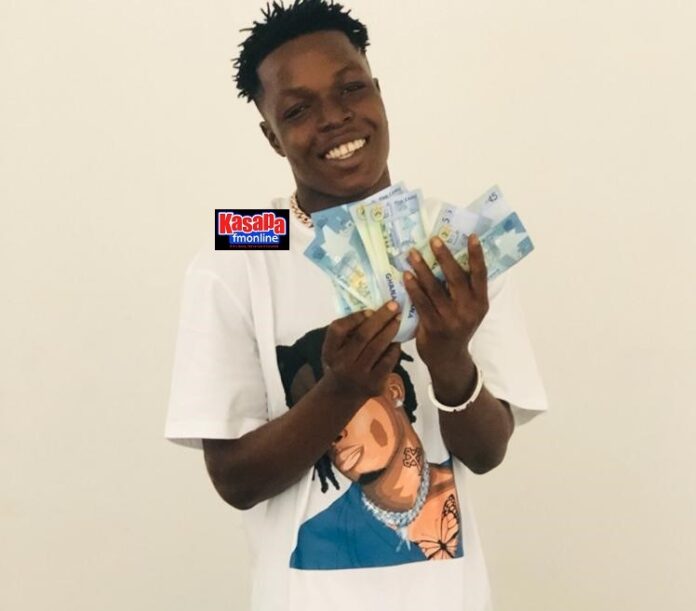 The Ho Circuit Court presided over by His Honour, Felix Datsomor has sentenced one Reuben Abusah, popularly known as Last Burial to two years imprisonment in hard labour for engaging in lotto fraud.

The 23-year old musician was sentenced on his own plea of being guilty to the charge of defrauding by false pretence on Wednesday, 23rd September, 2020.

The court also fined the convict 200 penalty units for the offense of impersonation or in default, 12-months imprisonment in hard labour.

Reuben Abusah is a resident of Akatsi and one of three persons standing trial for various acts of impersonation and defrauding by false pretence in relation to the operations of the National Lottery Authority (NLA).

The other accused persons; Godwin Agbenyefia (Demon) and Kelvin Kwame Abouze (Kartel) were denied bail and remanded into prison custody after pleading not guilty to sane charged.

A bail application made by counsel for the two have been denied by the court with the dou expected to reappear in court on Thursday, 8th October, 2020.

According to the Volta Regional Police Command, activities lotto fraudsters have heightened in recent times, a situation that has robbed many unsuspecting individuals of their monies.

The police administration has however, assured the public that it is taking pragmatic steps at apprehending persons involved in such criminal activities.

The police further urged the public to be wary of such miscreants who parade themselves as staff or agents of the NLA.