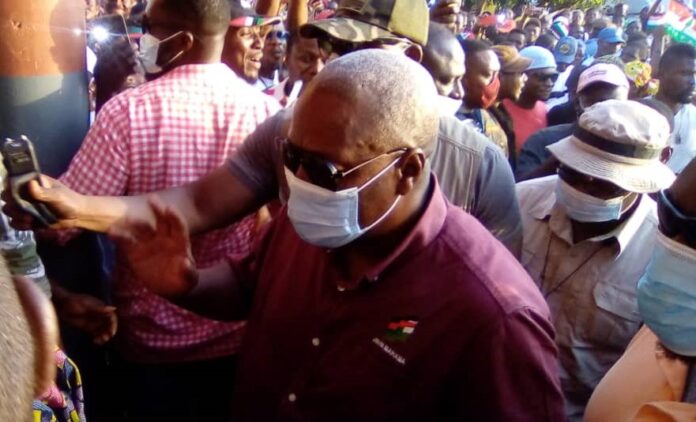 The Flagbearer of the opposition NDC party, John Mahama has visited party supporters who were involved in an accident at Frante in the Ejura Sekyedumase Municipality of the Ashanti Region on Saturday.

Six NDC supporters died on the spot while many others sustained varying degrees of injuries when they were on their way to meet Mr Mahama who’s on a campaign tour of the region. 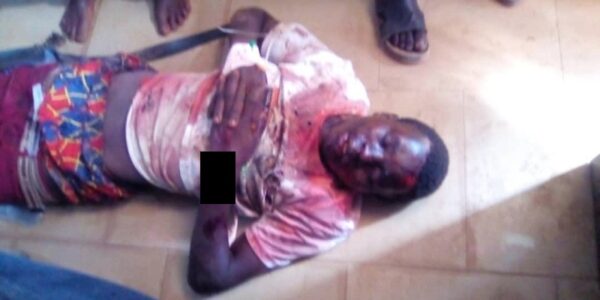 The accident happened when the truck-load of supporters was crossed by a motorcycle resulting in the driver losing control of the truck.

Mr Mahama upon hearing of the sad news proceeded to the Ejura hospital to see how the victims were faring and expressed his sympathy to them.

He announced that the party will pay all the medical bills of the victims and also see how best to alleviate their suffering that has been caused by the accident.

Mr Mahama expressed gratitude to the medical staff for their great work in stabilizing the health conditions of the victims.

Meanwhile, five out of the six deceased have been buried in accordance will Islamic dictates.

C/R: 4 killed in head-on-collision near Dunkwa-on-Offin