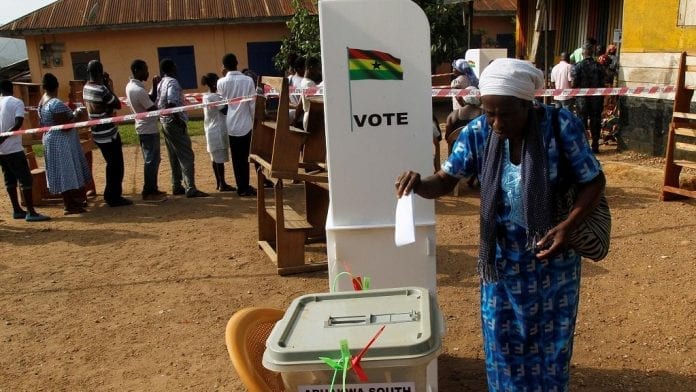 Chief Alhassan Wahabu Naba Sigiri II, the Chief of Yadega Community in the Ashanti Region, has called for a peaceful election to ensure Ghana remains strong and united after the December polls.

He said choosing a leader among the various contestants should not be a fight between political parties who were seeking to improve the livelihood of the people.

The chief who was speaking at a ceremony to mark his 25th anniversary as the leader of the Yadega Community said the contest for political power must not divide us as a people.

He said it was important for political actors to be tolerant of divergent views and conduct their campaigns devoid of insults and character assassination, which could trigger conflict.

Ensuring a peaceful election, he said, was a civic responsibility that every citizen must embrace to consolidate Ghana’s democratic credentials.

“Let us contribute to a peaceful election by encouraging our friends and families, especially the youth to stay away from political violence”, he advised.

He particularly appealed for peace in the Asawase Constituency ahead of the election, saying that the residents were one people and should not allow politics to take away the bond that united them.

Chief Sirigi counselled the electorates to avoid anything that could disturb the peace on Election Day by staying home after voting and allow accredited party agents and the police to protect the ballot.

He admonished the Yadega people in Ashanti to be law-abiding and contribute meaningfully to the socio-economic development of their host communities.

He said 25 years as the leader of the Yadega Community was a significant milestone worth celebrating and promised to provide quality leadership that would promote the wellbeing of the Yadega community.