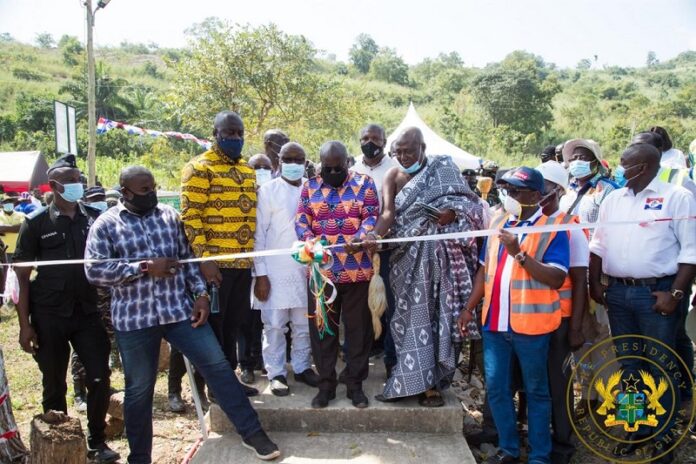 Describing the ceremony as “a happy day for the people of Alavanyo and myself”, President Akufo-Addo noted that the 45kw Tsatsadu hydropower generating station will “provide power for rapid economic development in Alavanyo.”

The origins of the project date back to 2005, when the Ministry of Energy, under the Government of President John Agyekum Kufuor, entered into a Memorandum of Understanding with the United Nations Industrial Development Organization (UNIDO) and International Network on Small Hydro Power of China (IN-SHP) to undertake studies geared towards the development of Small Hydro Power potentials in the country. 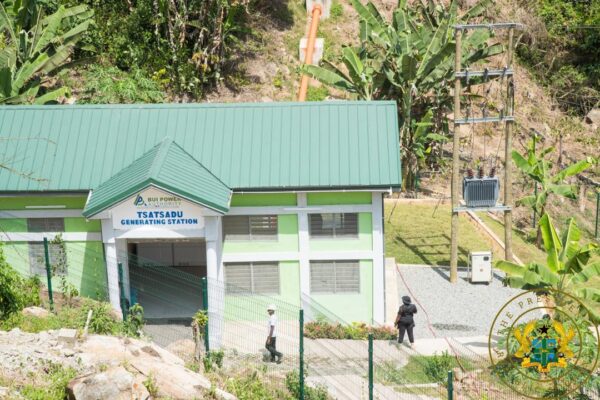 According to the President, before the project could be operationalized in the twenty-two (22) sites identified, the NPP lost the 2008 elections, and, “like many other important initiatives of the Kufuor Government, this project was also abandoned”.

Upon his assumption of office in 2017, he told the gathering at Tsatsadu that he directed the Ministry of Energy, together with the Bui Power Authority, to re-develop the hydropower generating stations, including that at Tsatsadu.

Indeed, the Tsatsadu project was initially designed as a 30kW stand-alone system, but was redesigned and upgraded to a 45kW grid-connection system based on the outcome of the additional studies. 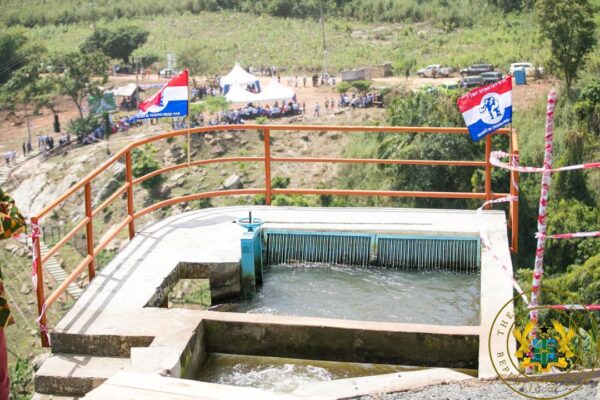 With the project having been undertaken solely by Ghanaians, President Akufo-Addo stated that the construction of the power generating station did not have any adverse impact on the environment, adding that, since its energy source is green, it will have no carbon emissions.

The President assured the Togbega of Alavanyo that the road leading up to the Tsatsadu Generating Station is “under active development, and will be done”, stressing that “indeed, Alavanyo, it shall be well”.

In commending the Minister for Energy, John-Peter Amewu, who is the NPP’s parliamentary candidate for Hohoe, for his role in helping to cement the peace in Alavanyo, President Akufo-Addo stated that “all of this means the time has come for Hohoe to undergo a change, and to come to come to sit on the back of the elephant.”

The President, thus, urged residents of Tsatsadu, Alavanyo, and, indeed, Hohoe to vote massively for him and for John-Peter Amewu, “so we can do more for you.”