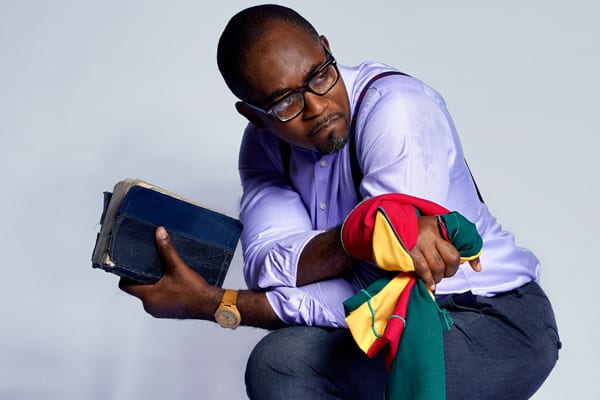 The Criminal Division of the Accra High Court presided over by Justice El-Freda Denkyi has dismissed an application filed by Marricke Kofi Gane to quash his disqualification from the December 2020 election as an Independent Presidential candidate.

The court in its judgment said the applicant has no equitable or legal rights that the court must protect by way of granting his application.

The court argued that from October 29 when the applicant filed his case, it was 10 days after his disqualification and 14 days to the election when the case came up for hearing on November 23.

The court said granting the application will breach a constitutional mandate and the public would be denied their rights to chose their leader.

The court said the applicant does not deserve any of the reliefs he sought and also the fact that all provisions have been made by the EC ahead of the elections, hence dismissed the application.

The applicant who was one of the candidates disqualified from the race by the Electoral Commission (EC) on grounds of alleged forgery was seeking an order through Certiorari.

Not satisfied with the decision, he filed an application for Certiorari in the nature of a judicial review, asking the High Court to invoke its supervisory jurisdiction against the EC’s decision to disqualify him from the 2020 polls.

The applicant through his lawyer Nurideen Saeed was seeking an order of Certiorari to quash the EC’s decision to disqualify him.

He was asking the court to order the EC to allow him time to correct all the infractions he was said to have committed.

The applicant was also seeking an order compelling the EC to include his name on the presidential ballots and also stop the EC from going ahead to print the ballots until his name is included.

Moving his application through his Lawyer Nurudeen Saeed, he argued that, his was not given the opportunity to be heard on the alleged case of forgery and improprieties against him.

He contended that, even though the EC said they have referred the matter to the Criminal Investigations Department of the Ghana Police service, neither he nor his supporters have been invited for questioning.

He argued that such a move is in breach of natural justice and prayed the court to order the EC to put his client’s name on the presidential ballot of the 2020 ballot paper.

Rebutting to claims by the EC lawyers that, the court cannot make any declaration in the nature of what the applicant was asking because the court doesn’t have the nomination form to make proper judgment, he said, respondent has tied the hands of the applicant by keeping his nomination form from him and want to profit from same.

The EC led by lawyer Justice Amenuvor while arguing their case on the point of law contended that, a Certiorari application does not act as an automatic grant, but a discretionary in nature.

According to the EC, the court cannot make the said orders or declarations that the applicant is asking the court to because the court does not have the said nomination forms to understand what actually happened.

It cited various authorities including the Papa Kwesi Ndoum case against the EC in the run-up to the 2016 polls.

He, therefore, prayed the court to dismiss the application in its entirety.

Marricke Kofi Gane invoked the High Court’s supervisory jurisdiction in an application for review of the EC’s decision to disqualify him from the 2020 polls.

Mr. Gane was disqualified in October together with four others and further accused of associating with forgery.

The EC’s technical team found that a number of the signatures endorsing his form had a similar pattern.

According to the commission, police subsequently came to the conclusion that a number of the signatures endorsing his forms were fake.

He also wants the Court to restrain the Commission from printing the ballot papers for the Presidential poll without his name on it.