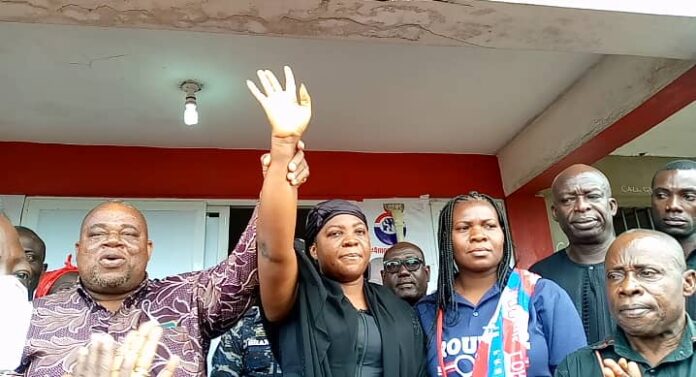 The Mfantseman Constituency branch of the opposition NDC party has asked the Electoral Commission to explain why the ruling NPP Parliamentary candidate for Mfantseman, Ophila Mensah still has her name on the Special Voters List for the December 7 elections when she’s no longer an essential worker.

The party in a statement signed by Dr. Eric Stanley Acquah, Mfantseman NDC Communications Officer said it is shocked to find her name on the list when she had already resigned from the Police Service to contest as PC.

“Is it not more intriguing that the EC would include Ophelia Mensah as a special voter when she is no more in the service? What special role will she be playing to the EC to warrant her name appearing on the special voter’s list? Does that mean she has not resigned and yet contesting a political position that frowns on the code and ethics of laws of Ghana? Is she going to render policing duties for the EC or the state on the election day when she’s already a parliamentary candidate for a political party? Can neutrality be guaranteed now that she has taken sides? Can EC answer these questions?” 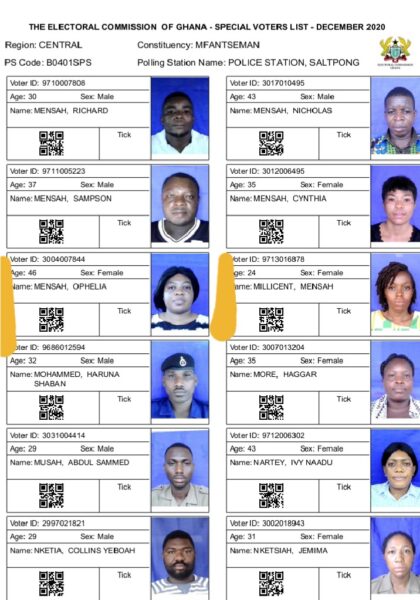 The party consequently asked the EC to either expunge her name from the special voter’s list and allow her to go through the normal voting like other Parliamentary Candidates or she steps down.

“As a matter of fact, the actions or inactions of the NPP PC after she was named to contest has been very strange. Using “Hayford” (husband’s name) on her posters and only “Ophelia Mensah” on the ballot alone leaves much to be desired. We believe this woman( NPP PC) is not honest.” the statement added.