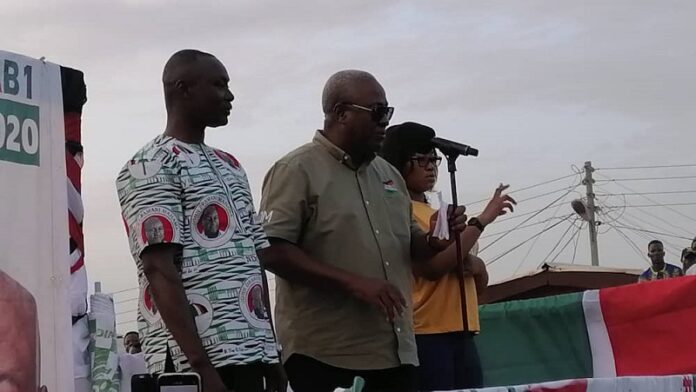 He made this promise at a durbar of chiefs and the people of MaameKrobo over the weekend.

Mr. Mahama said the Akufo Addo-led NPP Government knows it has not lived up to its mandate of delivering the best to the good people of Ghana so it has now resorted to sod cutting of “Sakawa” Projects which they know they can’t deliver.

He said, “I know they will come here after I’m gone to come to promise you on road network. They will come and cut the sod for the construction of these roads which they didn’t even capture in the budget. When they do, know that it’s just Sakawa, just for your votes”.

The former president further promised to build a district referral hospital to serve the people of Afram Plains South and its surroundings.

He, therefore, pleaded with the residents to vote massively for the NDC to relieve them of their burdens. 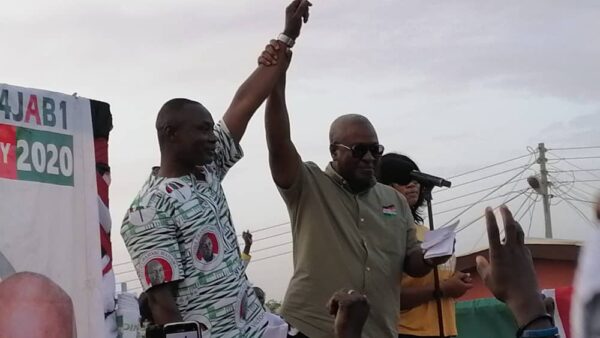 Mr Mahama used the opportunity to introduce the Parliamentary Candidate Joseph Appiah Boateng known as JAB1 to the constituents.