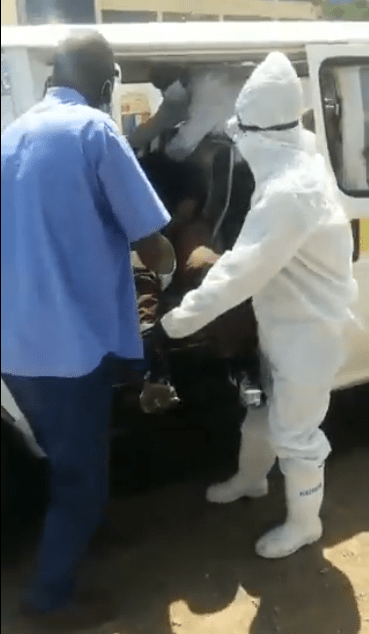 Passengers aboard a public vehicle in Kenya’s capital, Nairobi, panicked after a man died suddenly.

The passengers and the crew only realised the man was dead when he remains unresponsive after being asked to give way to a person who was alighting.

Ministry of Health officials were called to the scene after police declined to transport the body citing a possible Covid-19 infection.

The officials fumigated the vehicle while the body was still inside and later took it away in a body bag.

Kenya’s NTV channel shared a blurred video of the incident:

Man arrested for attempting to use daughter for rituals