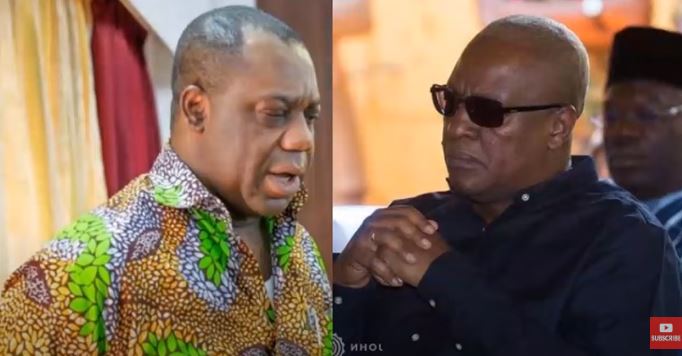 The Ministry of Education has debunked claims by former President John Mahama that there were pre-existing arrangements to site the University of Environment and Development Studies (UEDS) at Donkorkrom in the Afram Plains.

Mr. Mahama in media reports described as unfortunate the relocation of the satellite campus of UESD to Bunso by President Akufo Addo.

He said the campus was to be sited in Afram Plains for Agriculture-related research.

He promised that the next NDC government will look for funds to build a satellite campus in Afram Plains.

But the Education Ministry in a Press Statement to the former leader’s claims signed by  Rodney Nkrumah-Boateng (Press Secretary to Minister) described this as completely false, preposterous and without merit.

“In handover notes during the transition, the previous government did not mention Donkorkrom as a prospective site, clearly because, there had been no agreement to site a university campus there. Indeed, on page 22 of the handing over notes, it is stated;
Following the enactment of the University of Environment and Sustainable Development Act 2015(Act 898) Parliament has approved a loan facility of Forty-Five Million five Hundred and Seventy-Five Thousand Euros (645,575,000.00) for the establishment of the proposed University at Somanya in the Eastern Region.”

It added that it is regrettable that the former President seeks to put a partisan, ethnic spin on the location of the campus and attempts to cause disaffection for government in certain parts of this country.