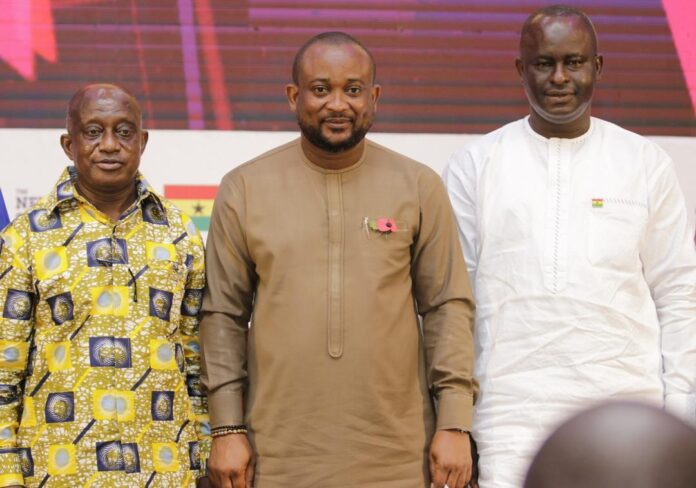 Four Regional Ministers under President Akufo-Addo’s administration have been touting government’s achievements in their various regions and say President Akufo-Addo must be rewarded with a second term to complete the massive developmental projects ongoing in their regions.

Addressing the Nation Building Updates in Accra on Tuesday November 10, 2020, the four Regional Ministers from the Eastern, Ashanti, Greater Accra and the Upper West Region said the Akufo-Addo administration has initiated numerous projects in the area of education, roads and railway, agriculture and sanitation that have helped bring about development in their regions. 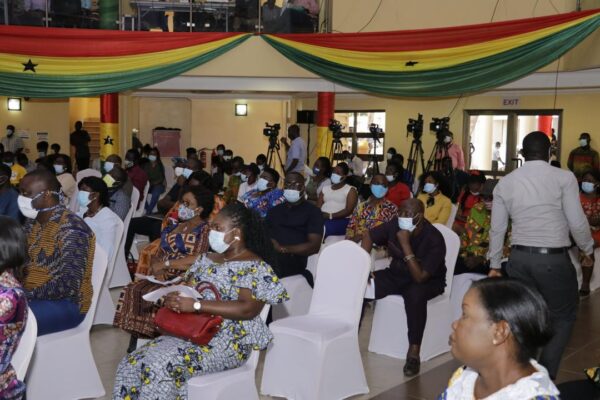 The event was on the theme “Rebuilding the Ghanaian Economy”.

The Eastern Regional Minister, Eric Kwakye Darfour who is also Member of Parliament (MP) for Nkawkaw applauded the ruling New Patriotic Party (NPP) government for initiating numerous projects that have helped improved the standard of living of people in his region. He said, for instance, through government’s flagship 1 District 1 Factory Programme (1D1F), 23 industries are being built in the region which is contributing significantly to the reduction of the region’s unemployment rate.

Listing more achievements, Mr. Darfour said his region has benefited immensely from the Planting for Food and Jobs Programme (PFJ) touting it as one of Akufo Addo’s initiatives that has completely transformed farming and has helped farmers in his region to increase their annual production of food crops.

Touching on government’s achievement in his region, Ashanti Regional Minister, Simon Osei-Mensah, commended government for improving the region’s road and railway network. He expressed delight at the commencement of the phase 2 of the Kumasi International Airport that will see the upgrading of the airport to meet international standards.

He said, since government assumed office in 2017, the sanitation condition in the region has improved coupled with its security situation. He said the commissioning of waste recycling and a compost plant at Esreso Adagya in the Bosomtwe District together with the decommissioning and re-engineering of the Oti Landfill site has massively helped to address the sanitation condition in the region. He noted the provision of streetlights, expansion of Police Stations, both infrastructure and personnel wise, joint police and military intelligence-led swoops and the improvement of police visibility and patrols as strategies deployed by government to address the inherited security challenges of the region. 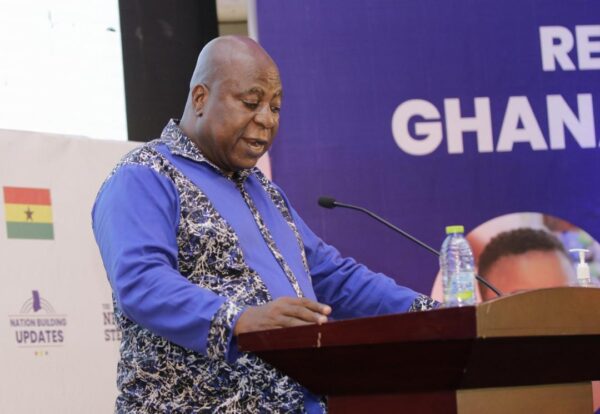 The Greater Accra Regional Minister, Ismael Ashitey, said his region has benefited from numerous government interventions. Examples of these interventions he said are the massive infrastructural projects in the area of health and education.

“Provision of education infrastructure remains a major priority area of the region to improve the quality of teaching and learning. The education sector has recorded over 87 completed school projects with about 92 facilities nearing completion. These facilities include the completion of 3-unit classroom block at Kwabenya MA Basic School, completion of 6 unit classroom block at Ngleshie Amanfrom among many projects which have been completed with some ongoing,” he said. 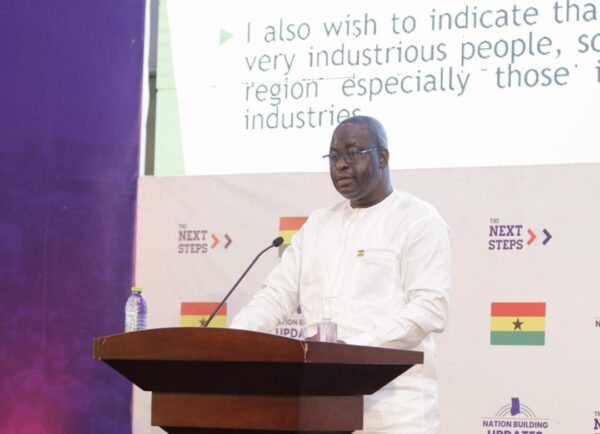 Touching on the government interventions in the Upper West Region, Regional Minister, Dr. Hafiz Bin Salih praised the leadership of the President for bringing development to the region. He said the water situation in the region has improved quite significantly with the building of 250 boreholes drilled and fitted with hand pumps to provide water to indigenes. Also, he said under government’s One Village One Dam Programme (1V1D), 11 constituencies were allocated 10 dams, totaling 110 in the region. According to him, 83 of these dams are under construction with 57 completed.

He said the region is a beneficiary of numerous government’s initiatives particularly in the area of agriculture. He said through programmes like the PFJ, the Upper West Region is able to contribute significant amount of food items to the country’s food basket.

The National Building Update is a weekly event organized by government under auspices of the Ministry of Information to provide accounts of its projects, policies and interventions since assuming office in 2017.