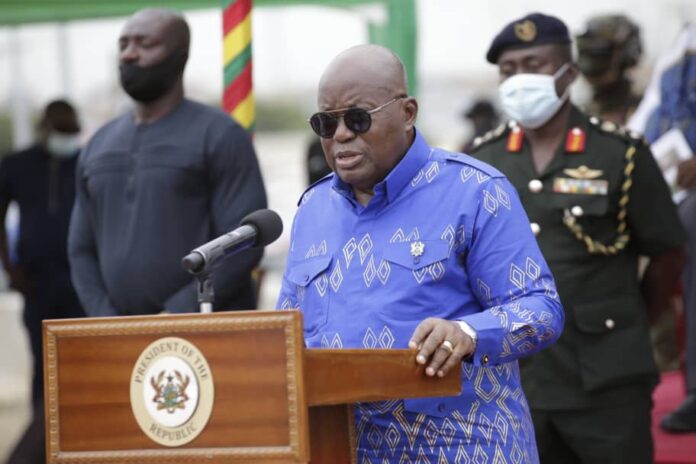 President Akufo Addo has urged Krobos to disregard negative propaganda by his political opponents that Krobos will be harassed under his government.

The President says these lies were peddled about him when he was seeking power to rule the country but for almost four years since he assumed office as President of Ghana, the propaganda by his opponents has been exposed.

According to him, no Akyem has harassed any Krobo under his leadership which is evident that he is not tribalistic.

“They say I am an Akyem man. Akyems we don’t like Krobo people. If I come to power I am coming to harass Krobo people. Has anybody been harassed? Has any Krobo been harassed in Akyem Abuakwa or here? it’s all negative propaganda, we are tired of negative propaganda in the politics of Ghana” the President said while addressing supporters of the ruling New Patriotic Party, NPP, in Yilo Krobo Constituency on Monday.

Ghana will hold presidential and parliamentary elections on December 7, 2020, to elect a president and 275 legislators.

In all, 12 candidates including an independent candidate are contesting the Presidential seat, however, the contest is mainly between the incumbent President and New Patriotic Party candidate Nana Addo Dankwa Akufo-Addo and former President and National Democratic Congress’ John Dramani Mahama.

This is the third time the two political opponents will be contesting the presidential election.