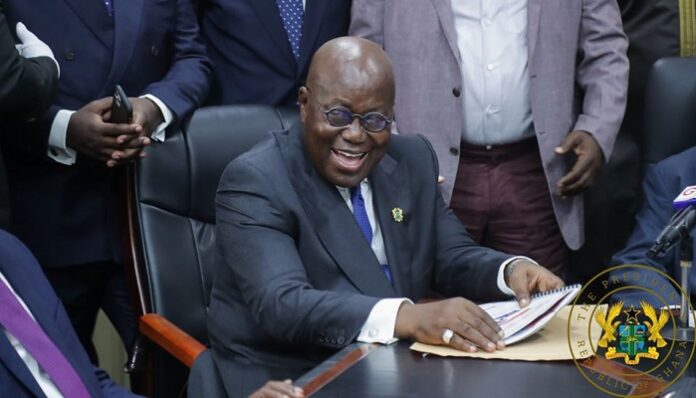 Having experienced four years of Akufo- Addo as President, it is my firm conclusion that he has no credibility left to protect. I really believed in Akufo-Addo’s fighting spirit and was convinced he could be a better President and so voted for him in 2016. Unfortunately, I must confess I feel misled by my own conscience.

I convinced many friends to vote for Akufo-Addo in 2016 because I saw him as a senior Statesman, who is a Lawyer, served as Attorney General and also Minister for Foreign Affairs before becoming three-time opposition leader and finally winning in 2016.

In opposition, he was very vociferous and attacked former President John Mahama regularly. Calm as Mahama is, he hardly returned similar venom. Now I know Mahama is really a gentleman God gave to Ghanaians. Even now, if John Mahama should do a quarter of what Akufo-Addo did to him, Ghana can easily turn into a highly flammable country.

Akufo-Addo told us Mahama had a bloated government of 88 Ministers. Today, as President, Akufo-Addo has close to 130 Ministers. How? This is ridiculous. Clear case of double standards and lack of credibility.

No one put a gun on Akufo-Addo to promise $1 Million per each of the 275 Constituencies in Ghana. When asked where is the money? Some of his appointees disrespectfully tell Ghanaians they used the money to provide them with public toilets. This touches deep on Akufo-Addo’s credibility. It makes him a great trickster. Whatever he has promised because he thought he was matching Mahama boot for boot, he has failed all those promises. And Ghanaians want to encourage and retain such a President?

Also, Akufo-Addo said fuel at GHC14 was too expensive and therefore Mahama was highly insensitive. Today, fuel price is almost doubled.
A common basis for comparing the Ghanaian economy at the grassroots is the price of our staple food, kenkey. It was mostly GHC1.00 under Mahama. Today, it is mostly GHC2.00 under Akufo-Addo.

Today, our currency is being highly devalued. When news started trickling in that Akufo-Addo was about to introduce the GHC100 and GHC200 denominations, he bluntly denied it. Not long, the two denominations were introduced for circulation and use.
Currently, a GHC500 denomination is being circulated. Again, his government has denied it. Ghanaians should not be surprised when it begins circulation..

John Mahama began building his popular 200 “E Blocks” to cater for the expansion of infrastructure to take care of the planned Free SHS, although he started on a smaller scale with day students.

He had built about 50 of them before leaving office. Akufo-Addo as opposition leader ridiculed Mahama and said he could do better than that by building 350 schools from scratch in 18 months when he given the nod. Today, Akufo- Addo is President and his term has passed those 18 months going into four years. He cannot point to just One (1) of such schools block. It’s a shame.

Again, Akufo-Addo made so much noise over Government borrowing and said there was enough money in Ghana such that Mahama did not need to borrow for development. Today, Akufo-Addo is the President of our Republic. He has borrowed more than six times what Mahama had borrowed.
Ironically, the little money Mahama borrowed was used for Infrastructure. On the other hand, Akufo-Addo has nothing to show for his huge borrowing in terms of infrastructure.

Akufo-Addo’s rhyme when he was opposition leader was that he will protect the public purse. Today, apart from the 130 Ministers, the jubilee house has quadrupled its staff capacity with family, friends, concubines etc. One thing I can bet on when Ghanaians mistakingly vote again for Akufo-Addo will be that all his home pets and those of the family and friends will equally find their way into the jubilee house to be remunerated because I now know Akufo-Addo’s genuineness and sincerity level.

One thing that continuously baffles me is the decision to collapse hundreds of financial institutions at the same time in a small country like Ghana. Thousands of innocent workers became unemployed overnight. Some workers and many customers have died as a result.

And after this Akufo-Addo tells us insultingly that, that singular action of collapsing financial institutions has increased customer confidence in the financial sector and people are transacting more now. Of course, this cannot be a credible statement from credible President.

Everything Akufo-Addo has said against Professor Mills and later John Mahama to win our hearts and votes in 2016, he has done despicably worse. As for the fight against illegal mining (galamsey), the least said about it the better. Akufo-Addo just destroyed people’s lives, and and he MUST NOT be given a second chance as President. He will destroy our enviable peaceful country.

Akufo-Addo’s bid for a second term is informed by his belief in the perceived ignorance, gullibility and susceptibility of the Ghanaian. Because that was how some of us got convinced in 2016 to vote for him.

Akufo-Addo has dissipated his credibility such that he has no message in this 2020 campaign. It therefore appears that when Mahama coughs, Akufo Addo coughs in like manner, leading to him plagiarize Mahama’s ideas.

Mahama says he will cancel and reverse the ban on importation of salvaged vehicles which Akufo-Addo himself got passed in Parliament. Now, Akufo-Addo says he has suspended it.

This time round, we are enlightened. Let us, in unison, preach the rejection of Akufo-Addo to all Ghanaians. His support for violence is a danger to our progress. We have not forgotten his “All did be die” statement. His violent nature can be seen in how his government has left the ruling party’s(NPP’s) hoodlums.
We will regret if we allow this golden opportunity for change to slip.