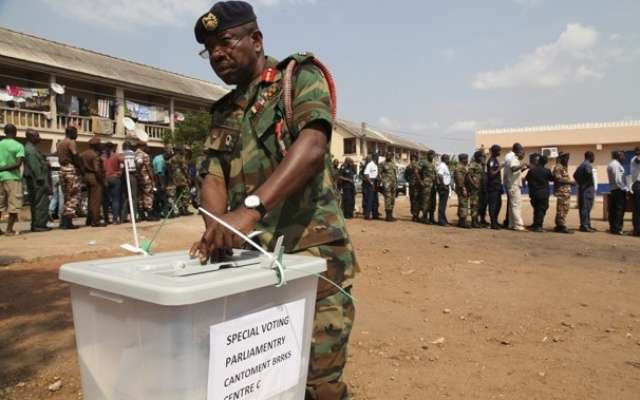 The Electoral Commission(EC) has denied claims by Security Analyst, Adam Bonaa alleging that over 60% of security personnel names are missing from the EC’s special voting list.

Director of Electoral Services, Dr. Serebuor Quaicoe in a reaction to the claims said the Special Voting list includes other categories of persons and not limited to personnel of the security services.

Mr. Adam Bonaa has called for immediate attention to be given to concerns raised by members of the election 2020 security task force.

He claimed that more than 60 percent of security personnel who will be providing security duties on election day have their names omitted from the special voting list.

According to him, the personnel has been directed to carry along their voter’s ID cards to enable them to vote at their various duty posts.