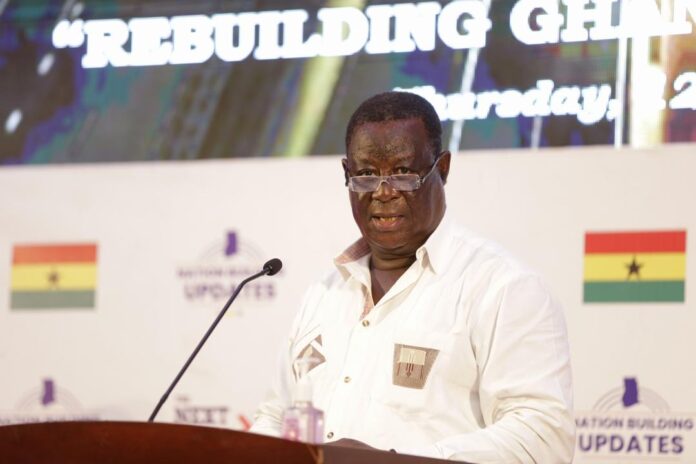 Minister for Roads and Highways, Kwasi Amoako-Atta has appealed to Ghanaians to retain the ruling New Patriotic Party (NPP) and President Akufo-Addo in the upcoming December elections for more infrastructure in the Roads sector.

According to him, a lot of critical roads in the country are currently receiving major facelift and hence, government should be retained in order to complete them.

Speaking at the Nation Building Updates in Accra on Thursday November 12, 2020 under the theme “Rebuilding Ghana’s Road Network”, the Minister disclosed that government through its Year of Roads agenda is constructing and upgrading critical roads of length 2,319.79 kilometers to bring relief to road users in the country.

“As part of the government’s year of road programme, critical roads of total length 2,076.84km were identified in all the 16 regions of the country for rehabilitation at a cost of GHS 6.1billion. Between 2017 to 2020, the Department of Urban Roads has asphalted 1,005km of roads in major towns and cities across the country including hospitals, schools, courts, police, army, and other security services compounds,” he noted. 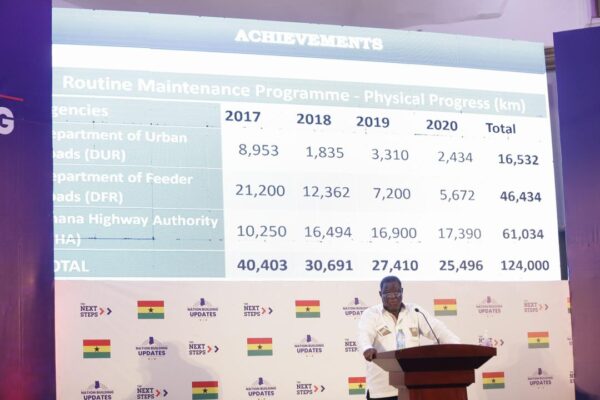 He said before the NPP government assumed office in 2017, only 78,400 kilometers of roads were paved or tarred representing 23 percent of the country’s road network noting that the remaining 77% of roads were in terrible conditions, a situation which was a disincentive to national development.

Recounting the kilometers of roads that are being fixed and rehabilitated, Mr. Amoako-Atta said so far, 304 road projects are on-going in Cocoa and Coffee growing areas in the country. This he said includes 1,425 kilometers of feeder roads and 1,282 kilometers of trunk roads noting that alongside the construction of roads, government is embarking on an asphalt overlay programme of 1,005 km of inner city roads. 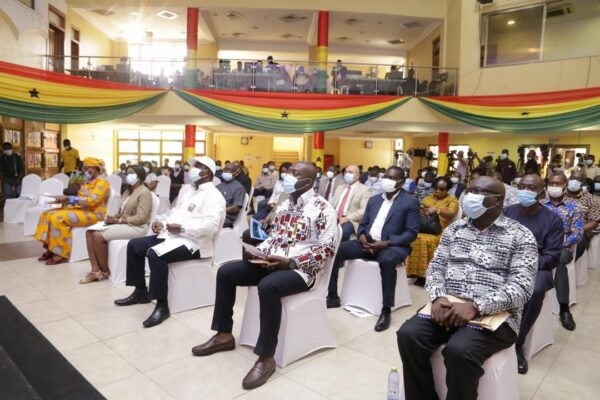 He said through the construction of roads, government is working to create opportunities for all Ghanaians, ensure a resiliently built environment and maintain stable, united and build a prosperous society.

He emphasized that with more of these road projects in the offing and with most roads earmarked for construction, retaining the ruling party to finish what they stated will help the country going forward.

Ghana@63: We should be ashamed over our poor roads – Amoako-Attah