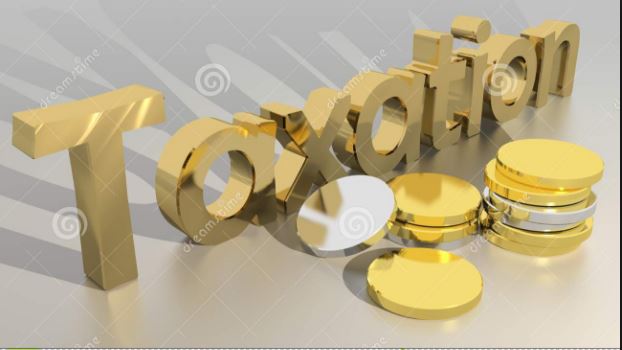 The 7th Parliament of the 4th Republic will expire midnight on January 6, 2021.

Although this Parliament can boast of some very important legislations such as the Right to Information Act, Vigilantism and Related Offences Act, Anti-money laundering Act among others, one outstanding piece of legislation it failed to get done is the Tax Exemptions Act, 2019.

The Bill which was laid in parliament in 2019, 3 years into the Nana Addo Bawumia administration had a single objective of “rationalizing the current exemptions regime on taxes, levies, fees and charges by varying, where necessary, and consolidating existing statutory provisions on tax and other exemptions and to provide for the administration of exemptions”.

President Akufo-Addo in his State of the Nation Address in 2019, painted a gloomy picture of the tax exemptions regime. According to the President, the regime has become “an Achilles heel in the management of the economy, and a growing threat to fiscal stability and revenue generation”.

He assured the Bill was going to be passed to address the situation. Minister of Finance Ken Ofori-Atta in his 2019 Mid-Year Budget review presentation said the passage of the Tax Exemptions Bill would also help minimize its abuse. Government had the backing of the International Monetary Fund (IMF) to overhaul the country’s tax exemptions regime in order to address failing domestic revenue. The IMF in its 2019 review of Ghana’s economy said rationalizing tax exemptions will improve government’s domestic revenue mobilization.

The Institute of Fiscal Studies, IFS in its Assessment of 2019 Mid-Year Fiscal Policy Review stated the failure of government to get the Bill passed was costing the country “dearly”.
“Moreover, the government itself has estimated that, if the Exemptions Bill is passed, it stands to save GH₵500 million of revenue that otherwise would be lost to tax exemptions in 2019. This amount is more than the yield of the tax increases that have been announced. Failure to take action on exemptions is therefore costing the nation dearly and prompting the resort to tax hikes to plug revenue shortfalls”

In 2011, Tax exemptions/tax expenditures cost the nation 6.13% of GDP translating 2.4 billion dollars. In 2013, Ghana lost 5.2% of its GDP to tax expenditures amounting to USD 2.5 billion according to the IMF. The country issued Eurobond of USD 750 million at interest rate of approximately 8%. The story was no different in 2014, where the country 5% of its GDP to Tax expenditures amounting to USD 2 billion. It was on the back of the aforementioned that the promise by the finance minister Ken Ofori-Atta to address the development through legislation in his first budget presentation in 2017 was welcoming news to many including Policy Analyst with the Integrated Social Development Centre, ISODEC Bernard Anaba. The member of the Tax Justice Network has expressed his disappointment in parliament’s inability to pass the Tax Exemptions Bill.

The House however failed to get the bill passed in spite of the numerous benefits enumerated by the finance minister in the same document referred to the Finance Committee by the speaker last year.

Finance Minister Ken Ofori-Atta in the memorandum accompanying the Bill to Parliament underscored myriad of challenges and loopholes bedeviling Ghana’s Exemptions Regime.
“In the last eight years, tax exemptions namely import duty, import value added tax, import National Health Insurance Levy and domestic value added tax in the economy have grown from three hundred and ninety-one point nine zero million Ghana Cedis which is zero point six per cent of the gross domestic product for 2010 to four thousand six hundred and sixty-two point three six million Ghana Cedis which is one point six per cent of the gross domestic product for 2018. The figures do not include exemptions from the payment of corporate and individual income taxes, concessions on tax rates, petroleum tax reliefs, customs tax exemptions enjoyed by diplomatic missions and waiver of processing charges at the ports. These exemptions are growing at the expense of tax revenue”.

“For every one Ghana Cedi of tax collected, the corresponding amount given away as exemptions has increased from six pesewas to twelve point five pesewas between 2010 and 2018. Further, exemptions may distort fair competition among businesses in the same industry where private projects are granted exemptions to improve their profitability or viability, which are not available to other players of the same industry. The current challenges of the exemptions regime are sustained by the existence of pre-determined tax exemptions in various legislation for future projects whose financials cannot be known today. The situation is not helped by an entrenched policy mindset on the part of both Government entities and private suppliers that, by default, businesses that supply goods, services and projects to the public sector should be exempted from payments of customs and some domestic taxes”.

“Unfortunately, even where tax exemptions are necessary, they invariably create opportunities for abuse and irregularities. Together with the abuses, exemptions deny the country of much needed revenue, the consequence being low revenue reporting, which gives an unfavorable impression to our citizens, investors, and the international community that Ghana’s economy is weak, with very low revenue to gross domestic product ratio”.

The Tax Exemptions Bill is expected back in the 8th Parliament. But analysts and stakeholders are demanding some changes before the bill returns to the house of the Legislature. The move according to them is to ensure the legislation is still not abused especially when the Finance Minister is still given powers to grant exemptions if deemed necessary. The stakeholders believe the level of seriousness to be attacked to the Bill when it makes its way back to Parliament will largely depend on the hunger of the Executive to get this piece of legislation finally passed.