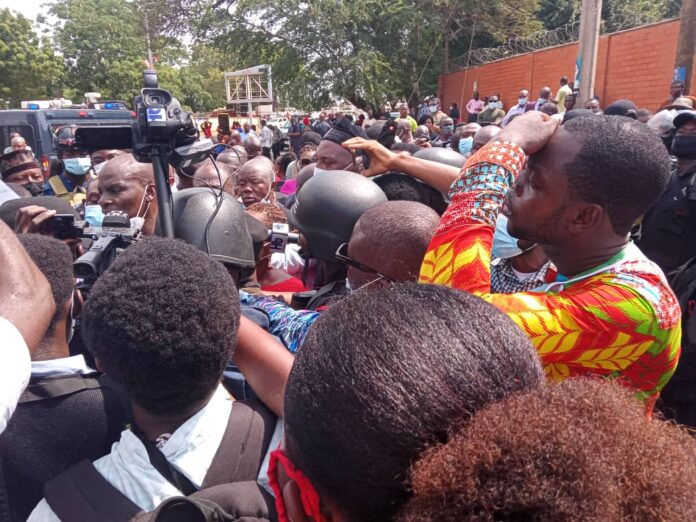 The Minority caucus in parliament has called for the collation of the Techiman South Constituency Parliamentary and Presidential Elections Results from all the Two Hundred and Sixty-Six (266) Polling stations in accordance with the law, with immediate effect.

According to the NDC MPs, it’s fully aligned with the Presidential candidate’s total rejection of the results of the 2020 Presidential and Parliamentary elections.

This was contained in a petition to the EC on Tuesday, December, 22, 2020 and copied to the Clerk to Parliament, the media, National Peace Council and the International Observer missions among others.

Office of the National Chief Imam

Reject ‘monstrous’ e-levy, we stand with you – PPP to NDC MPs