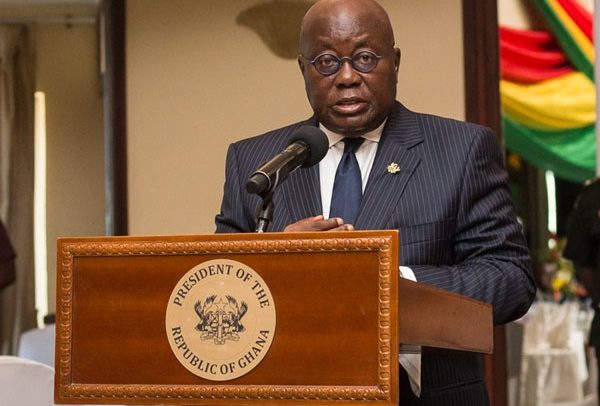 A group calling itself the Concerned Youth of New Juaben South has pleaded with President Akufo-Addo to retain the Municipal Chief Executive (MCE) for the Municipality, Isaac Apau Gyasi.

The MCE has come under sharp criticism from section of residents in the Municipality for non-performance.

Reports indicate that he is among a list of government appointees to be sacked by the President as he reconstitutes his government for his second term in office.

The Concerned Youth of New Juaben South on Thursday held a press conference in Koforidua to tout the achievements and hard work of the MCE with appeal for him to be renominated as MCE.

He continued, “when you move on to sports; the construction of youth resource center at Koforidua is ongoing.  On Social intervention and people with disability;Our municipal chief executive disbursement of items and cash to people with disability and needs, in conclusion unlike the other MMDs whose posture allegedly contributed to the loss of parliamentary seats which belongs to the NPP.

“The conduct, commitment, and dedication of Mr. Ike Apau contributed to the brilliant performance of the NPP in the just-ended presidential and parliamentary election in the New Juaben South constituency. We again ask that H.E Nana Addo Dankwa Akufo-Addo will grant the good people of New Juaben south the desire of our heart and as the four more for Nana mantra went, we also ask another term for Mr. Ike Apau Gyasi to do more for us in the New Juaben South”

The group said the hard work of the MCE led to an increase in votes of the party in just ended Presidential and Parliamentary elections.

“The NPP Parliamentary Candidate Hon. Okyere Baafi had 40758 votes and Nana Akufo Addo had 45070 votes which were as a result of monumental projects that our honourable had done.”

‘Pray for us, Bawku tensions now beyond human interventions’ – MCE cries out