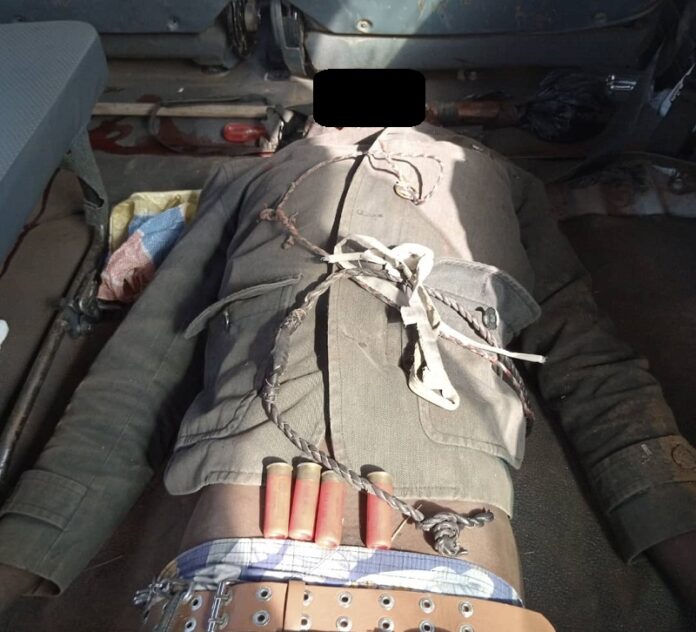 Two suspected armed robbers have been beaten to death on the Kong road of the Sawla-Tuna-Kalba District in the Savannah Region.

The unidentified men were killed by traders on Monday, December 21, 2020, who were moving to Tuna to engage in trading activities as it is a market day of Tuna.

Narrating the incident to media, ASP De- Graft Armah Adjei, the District Police Commander, said his outfit received a call informing them of the issue and immediately rushed to the scene. He said upon reaching the scene his officers retrieved 3 locally manufactured guns belonging to the suspected armed robbers.

According to ASP Adjei, the suspected armed robbers were six in number with two killed by the traders while the other four are on the run.

He indicated that the alleged robbers had earlier made away with GHC3,000 belonging to a trader who was moving from Kong to Tuna to purchase a cow.

According to him, police are yet to commence investigations into the matter while the bodies of the deceased have been deposited at the West Gonja District Hospital awaiting identification.

I don’t want to die, save my life – Wounded armed robber begs police