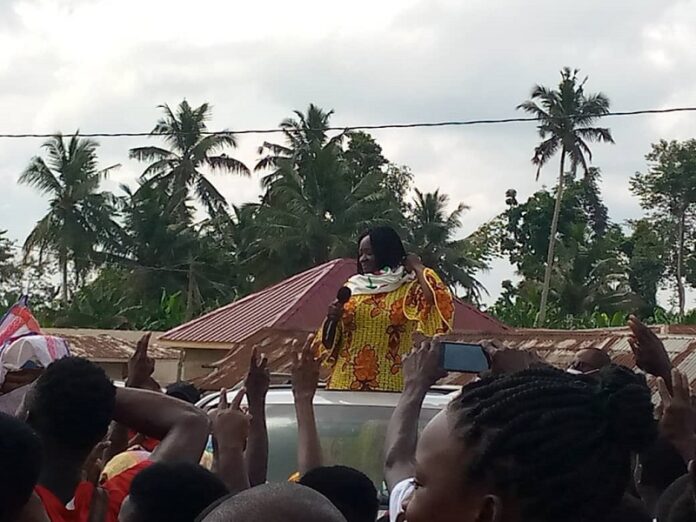 “As we are heading towards the December Elections, you will receive numerous gift from the NPP being it Flat Screen TV, Fridge, Gas Cylinder, but it is only for you to vote wisely in order for us to come out from the hardship NPP inflicted on us by the NPP government. We are going the poll next week Monday and I am entreating everybody to vote massively for the NDC party to come to power and put Ghana on the right track of development,” she said while addressing market women at Breman Ahwien.

Prof. Naana Opoku Agyeman made these pronouncements during her wrap up Campaign tour in the Central Region at Breman Ahwien in the Asikuma Odoben Brakwa Constituency.

Ghana goes to the poll on December 7 to elect a President and 275 Parliamentarians to govern the country for the next four years.