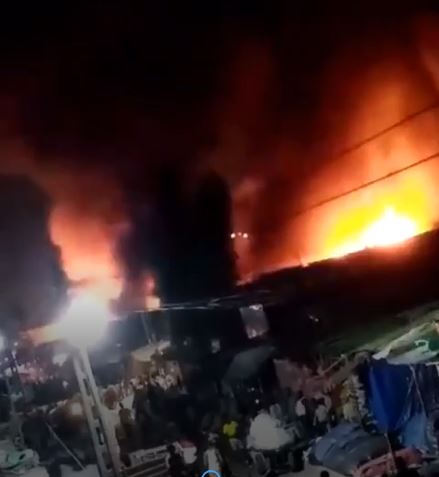 Fire has ravaged many shops at Kantamanto a popular market in Accra.

It is unclear what caused the inferno that started around 10:30pm Tuesday which destroyed several properties including clothes estimated to cost several thousands of Cedis.

Firefighters had a difficult time trying to douse the blaze. No injuries or fatalities were recorded.

The incident comes barely a fortnight ago after the GCB bank at Kantamanto was gutted by fire.