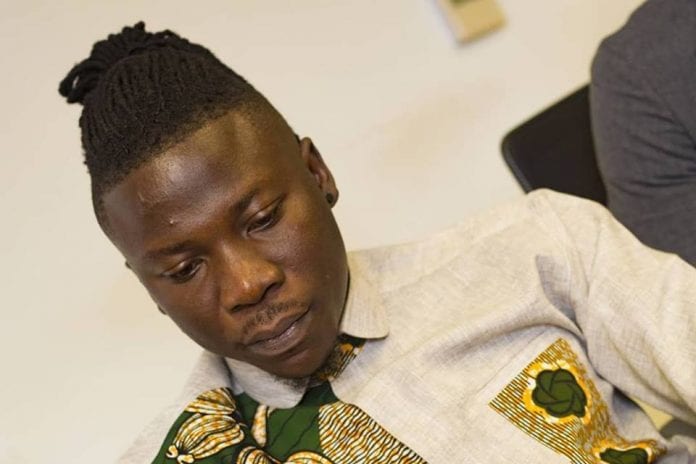 Dancehall artiste, Stonebwoy’s two bodyguards have been arrested by the Abuakwa Divisional Police Command in Ashanti Region for assaulting a commercial bus driver.

Sources say the two bodyguards allegedly assaulted a 207 Benz Bus driver physically for hitting one of Stonebwoy’s land cruisers at the Bibiani-Abuakwa stretch.

According to an unconfirmed report, Stonebwoy’s driver tried to overtake the 207 Benz bus but unfortunately lost control and crashed into one of the cars which were plying the Bibiani-Abuakwa road.

The bodyguards who were infuriated by this stopped by the side of the road and pulled the driver of the Benz Bus down and subjected him to a series of beatings.

The two bodyguards are currently in police custody at Abuakwa in the Ashanti region.