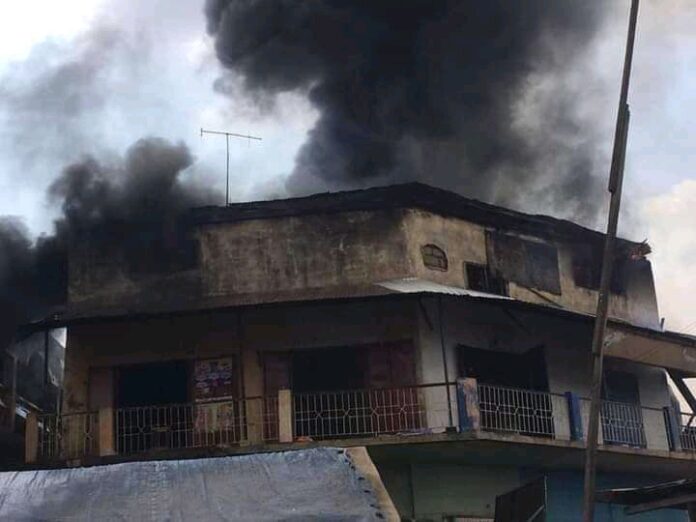 The Ghana National Fire Service has debunked rumours that fire incidents that have hit the Ashanti Regional capital, Kumasi, in the past few days have been caused by arsonists.

The Region has recorded four fire incidents in three days with the latest being an inferno at a warehouse used for the storage of vehicle spare parts at Suame Magazine.

This fire comes after a fire swept through about 500 wooden structures serving as makeshift shelters at the Dagombaline slum in Kumasi on Monday, January 11, 2021.

Earlier, there had been fires at the Republic Hall Mini Market at the Kwame Nkrumah University of Science and Technology, where over 10 shops were affected, and a fire incident at Aboabo station, also in Kumasi.

Speaking in an interview with Kasapa News, Public Relations Officer of the Fire Service in the Ashanti Region, DO3 Desmond Ackah said its initial investigations have revealed that human negligence and carelessness caused some of the fire incidents.

“Our investigation has shown that the fire incident near the Republic Hall was caused by a faulty fridge plug. The Dagombaline fire incident was caused after a man who owns a place used for storing scraps lit fire to some of the metals which unfortunately gutted many wooden structures in the area. The Aboabo fire was caused by a welder who had been contracted to work on a shop. The Welder failed to do a risk assessment and just started working. We need to practice safety precautions at all times and wherever we find ourselves to avoid fire incidents.”