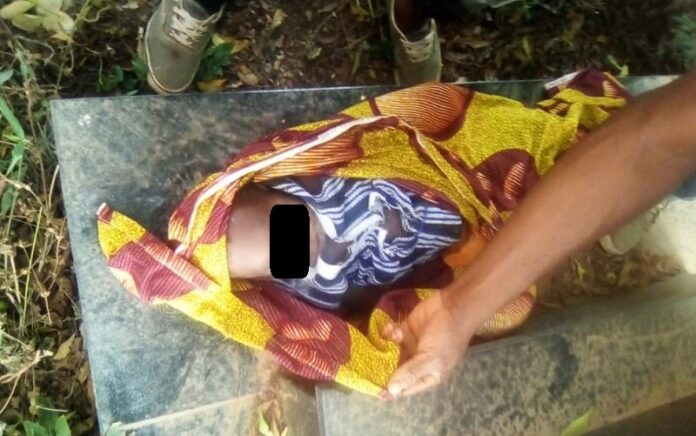 A two-year-old child has drowned in a gutter full of water at Netro, a suburb of Mankessim in the Mfantseman Municipality of the Central Region.

The little boy was said to have been playing at the back of his house while his 19-year-old mother was also washing. After a while, the mother realized that her child was nowhere to be found so they started searching around the house but didn’t see him.

The grandfather of the boy, Akwasi Peter told Kasapa FM News, Yaw Boagyan that they later found the stick the boy was playing with in the water-filled gutter behind their house.

Acting on that clue, they started searching the gutter only to find the innocent boy dead in the gutter.

The child has been buried by the NADMO officials while police have commenced an investigation into the case.

Meanwhile, the Assembly Member of the area Hon. Cephas Authur advised parents to take good care of their children.

He cautioned teenagers to desist from engaging in sexual activities in order to prevent teenage pregnancy.