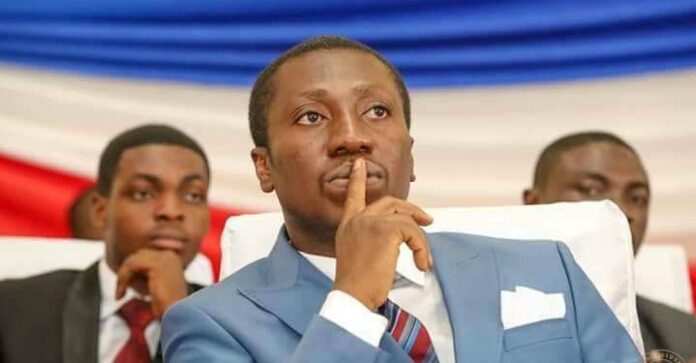 The Member of Parliament for Effutu, Alexander Afenyo-Markin, wants the Speaker of Parliament, Alban Bagbin to declare the New Patriotic Party (NPP) as the majority side in parliament.

The NDC MPs in Parliament have resisted any attempts by the other side to snatch the majority from them in the post-election period amidst the apparent tie in the 8th parliament.

Afenyo-Markin, in a paper laid before the Speaker, argued that the NPP side together with the independent member of parliament for Fomena, Andrew Amoako Asiamah who has indicated his willingness to sit with the NPP forms the majority in Ghana’s parliament.

Currently, both sides have 137 members each in Parliament with one independent candidate following the outcome of the December 07 2020 elections.

Read the full statement below: 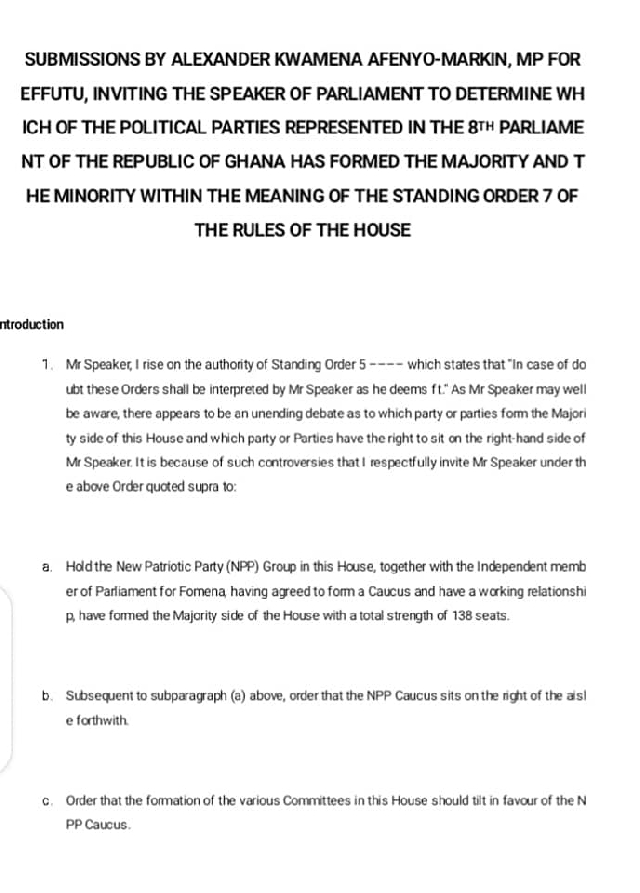 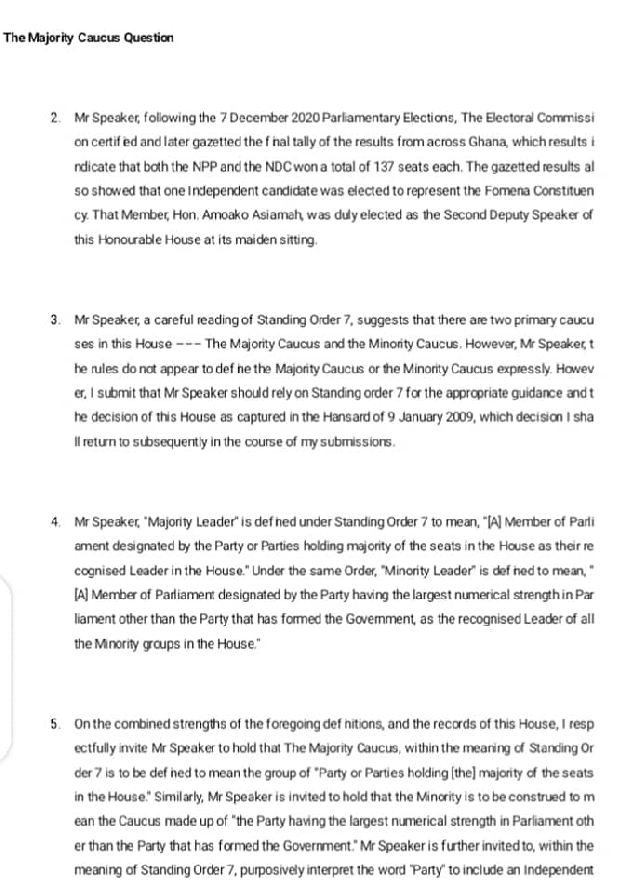 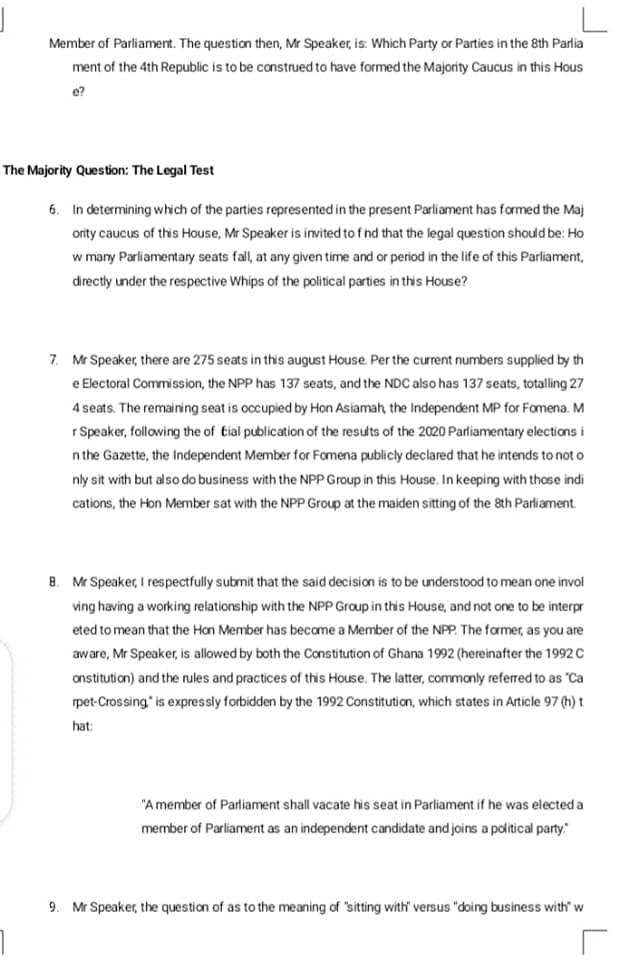 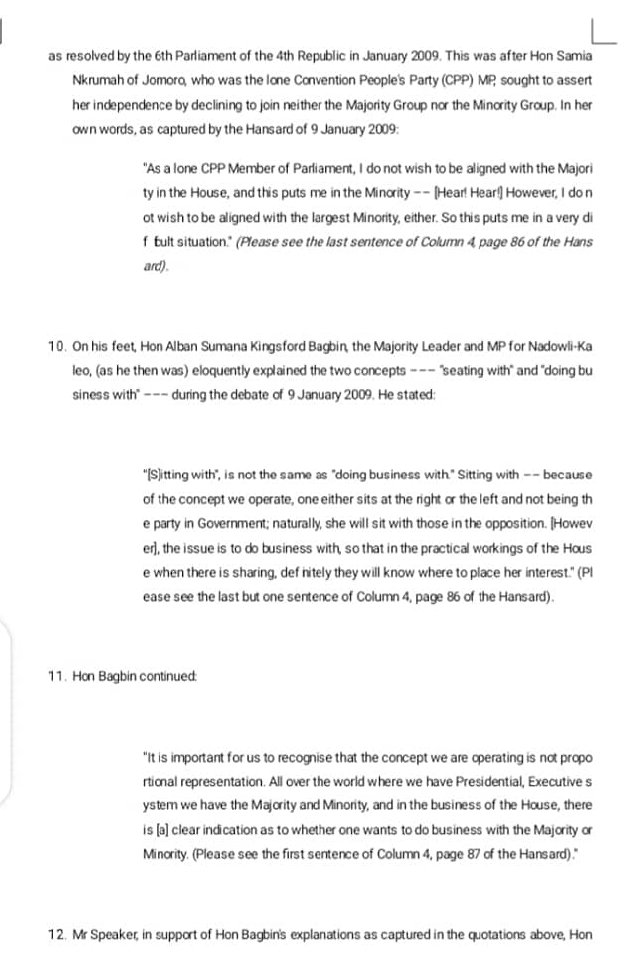 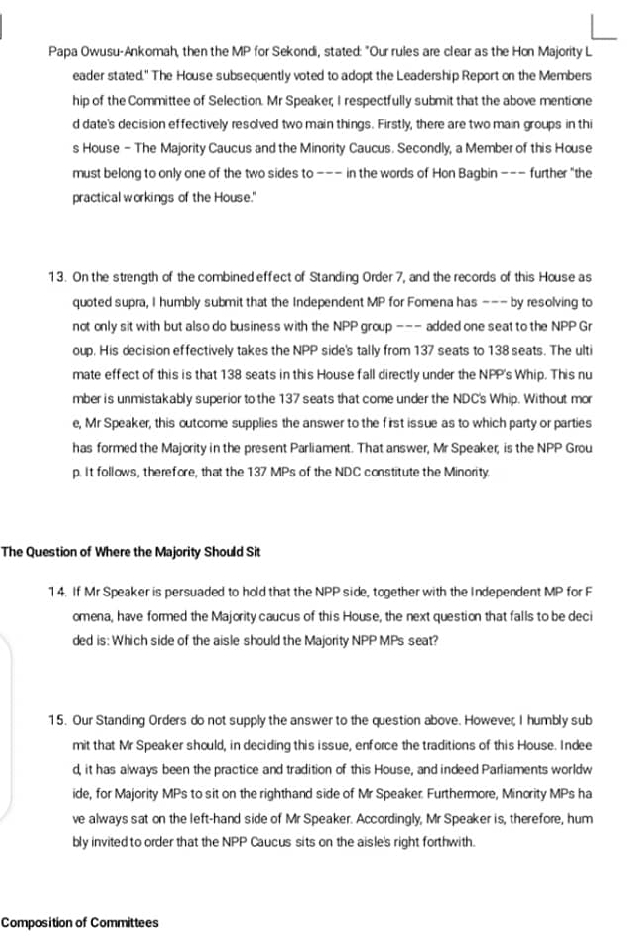 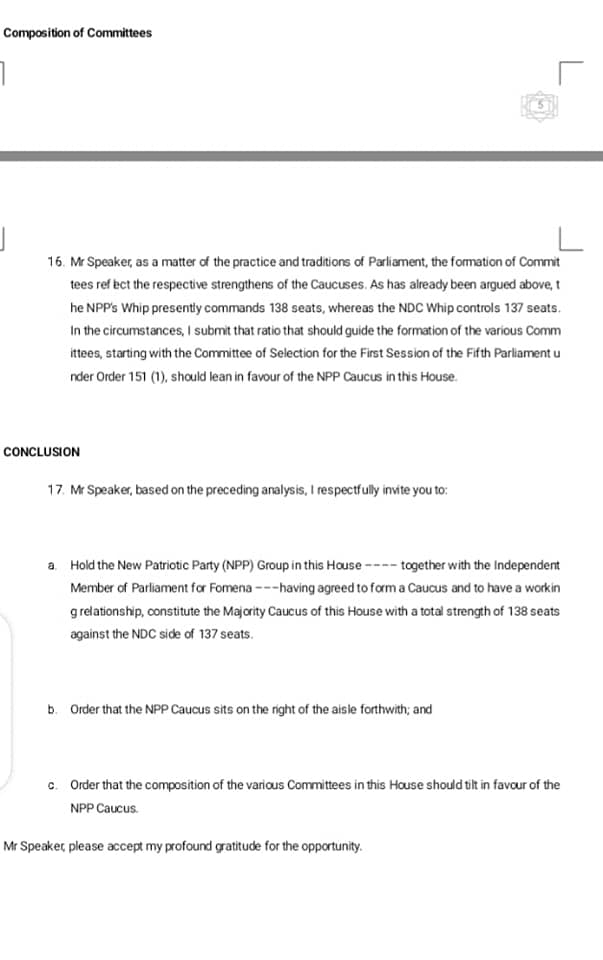