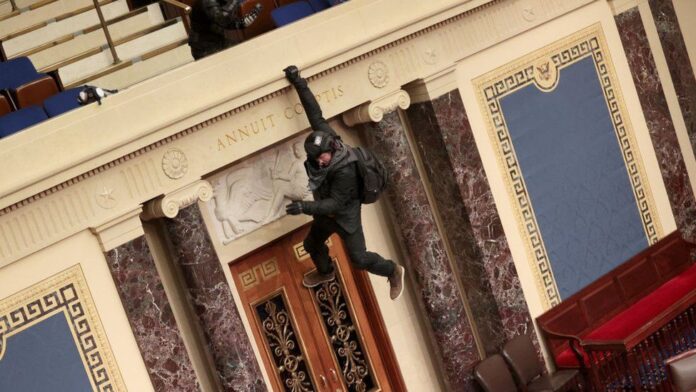 They said the woman who was shot was part of a group of multiple individuals that forced entry into the House room that was still in session.

“A woman was shot dead by police and three others died of “medical emergencies”, say police

They were confronted by plainclothes officers, and an officer pulled out a weapon and fired it.

The woman was taken to hospital and proclaimed dead. Her ID is being withheld by authorities until next of kin are notified.

They said of the three other deaths today at the Capitol grounds, one was an adult female and two were adult males. All three involved unspecified, separate medical emergencies.

At least 14 members of the Metro police department were injured. Two were admitted to hospital, one with serious injuries after being dragged into the crowd, and the other was hit by a projectile in the face.