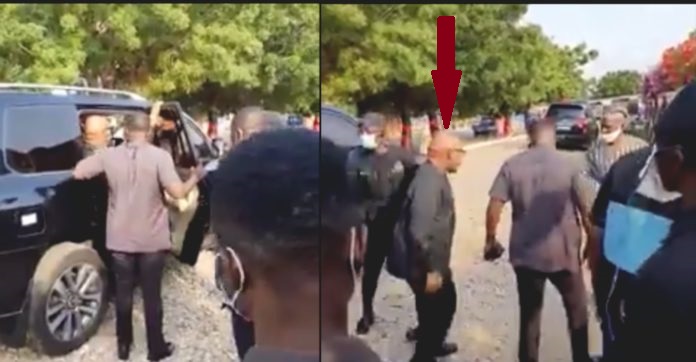 General Secretary of the opposition NDC party, Johnson Asiedu Nketia says he warned immediate-past Speaker of Parliament Prof. Aaron Mike Oquaye not to seek re-election as he is too old to perform effectively in that high office for another four years.

The 76-year-old politician lost the Speakership slot of the 8th Parliament to the longest-serving Member of Parliament under the 4th Republic, Alban Bagbin who’s a member of the opposition party

The former Nadow-Kaleo MP won a chaotic, hotly contested secret ballot in the Chamber of Parliament after he polled 138 votes against Prof. Oquaye who garnered 136 with one spoilt ballot.

Addressing the media Friday afternoon on the aftermath of the election of the new Speaker of Parliament, Mr. Asiedu Nketia said Prof. Oquaye could have saved himself of the embarrassment of losing the election if he had listened to his(Asiedu Nketia) advice.

“He was warned, in fact, I did warn him that he was too old to be a Speaker. And I advised him that this was the time for him to dedicate the rest of his life to tell Ananse stories to his grandchildren. He didn’t listen and he went in for the contest so you must be prepared for the shock of a defeat. That’s all, nothing more nothing less.”

Barely 24 hours before the contest, a video of Professor Aaron Mike Oquaye went viral on social media which showed the frail-looking former Political Science Lecturer and Lawyer having a difficult time alighting from his car at an event.

He, however, had some persons around to guide his steps.
Source: Kasapafmonline.com/102.5FM

I’m on NPP side – Fomena MP declares to Speaker