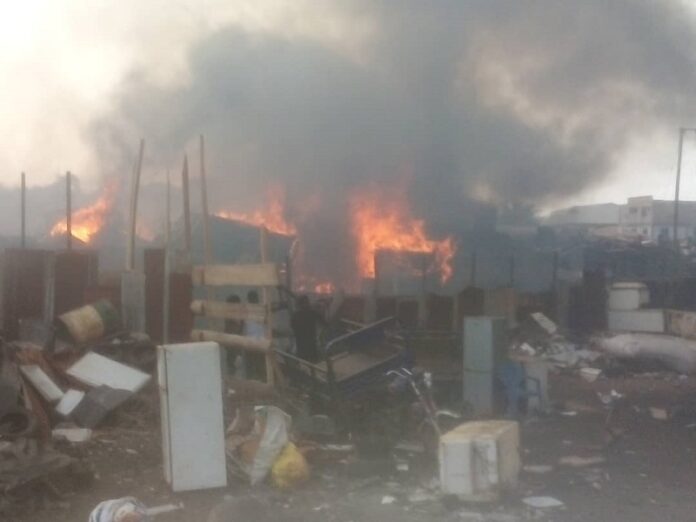 Fire has swept through over 500 wooden structures serving as makeshift shelters at the Dagombaline slum community in Kumasi in the Ashanti region.

According to D.O 3 Ackah Edmond Ashanti regional PRO of the Ghana National Fire Services, the cause of the fire is immediately not known, however, personnel of the service have managed to contain the fire from spreading to other wooden structures.

The inferno has left occupants of the structures homeless.

The majority of the wooden structures affected could have been saved if fire personnel at the scene had easy access to the area of the fire.

The slum is predominantly occupied by head potters and scrap dealers some of whom were seen trying to salvage properties.

This is not the first time one of the biggest slums in the Ashanti region has been gutted by fire.

In March 2020, more than 500 slum dwellers in the same area were rendered homeless after fire swept through their wooden structures.

Ashanti Regional Coordinator of National Disaster Management Organization (NADMO) Kwabena Nsenkyire and his team are at the scene to take records of the victim and see how best they can assist them.