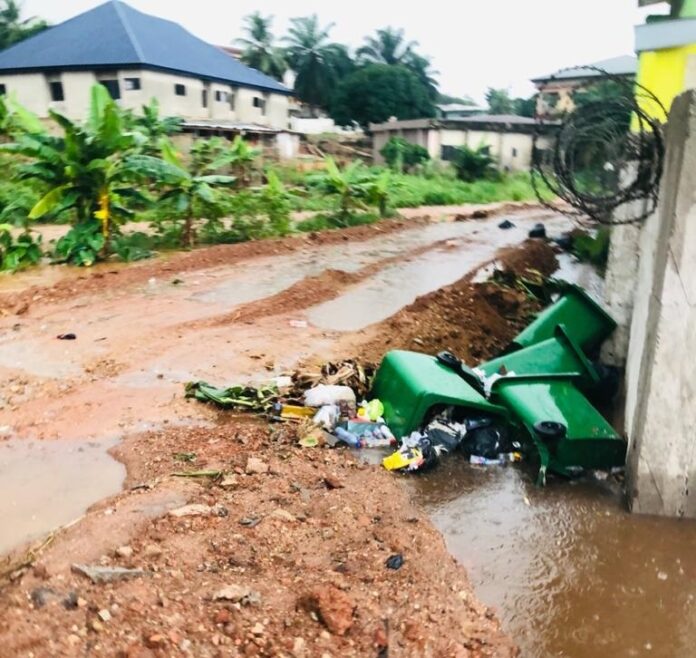 A part of the plush residential area of T.U.C. in the Ashanti regional capital Kumasi was covered with running water on Wednesday night after an expansive water body streaming through the vicinity overflowed its banks.

Residents living on the low line of T.U.C. had to suffer this fate because the Pentecost Church in the area has begun filling portions of the waterway which has served as an untouched ecological balance for the area. 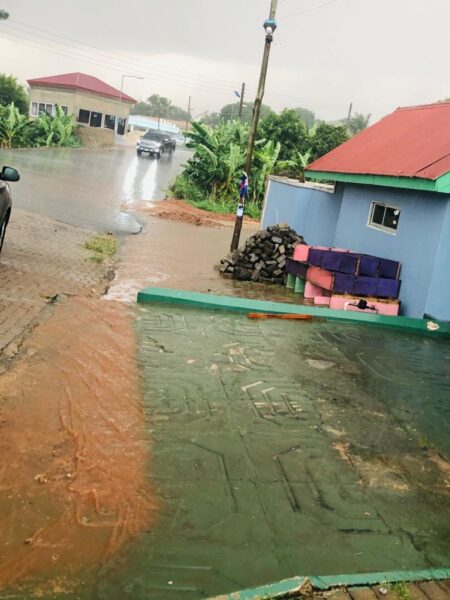 Property owners in the area which plays host to the affluent class of Kumasi – including the Metropolitan Chief Executive of the Kumasi Metropolitan Assembly Osei Asibe Antwi – are dreading what might happen if there are heavy rains considering the devastating effects of Wednesday nights short downpour.

Headmistress of the Abofra World School which had water rise up to half of its wall told Ultimate News, she had complained to the KMA which confirmed that the church had no permits to fill the waterway for any intended construction work. 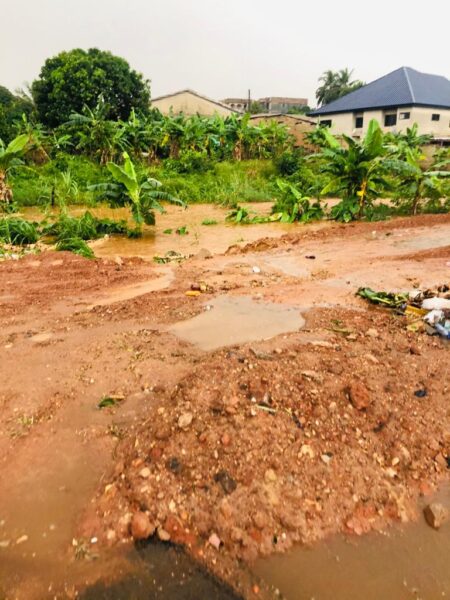 Mrs. Marian Babah Alargi was worried the incident could pose risk to both property and lives of the persons living in the area if city authorities do not act swiftly to stop the filling of the area and reclaim the virgin lands.

“My walls will break if this is not stopped. This is a risk to lives. Imagine if it rained for a long while here. I thought I could jaw-jaw with them to halt this. But they have clearly not respected us and continued to fill the grounds,” she lamented.