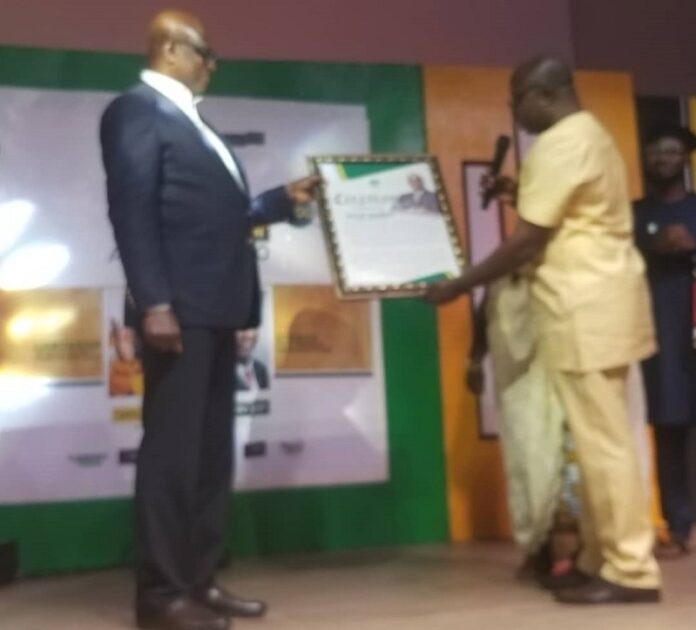 Kumasi Youth Association (KUYA) has awarded former KMA Mayor, Kojo Bonsu for standing out among all former Mayors of the Kumasi Metropolitan Assembly.

According to the group, the innovative nature of the former mayor gave birth to the famous Rattray Park, Kejetia Market and renovated Prempeh Assembly Hall among other equally important monumental infrastructural projects in Kumasi.

On 12th July 2016, Kojo Bonsu tendered his resignation as the Mayor for the Kumasi city three years into office.

The Kumasi Traditional Council, the highest decision-making body in the Asanteland, petitioned the then President John Dramani Mahama to replace him as the Chief Executive of the Kumasi Metropolitan Assembly (KMA).

Kojo Bonsu, was accused of slighting the Asantehene, Otumfuo Osei Tutu II, and bringing his office into disrepute.

The angry chiefs, at a crunch meeting held Monday 11th July 2016 at the Manhyia Palace, unanimously accused Mr Bonsu of insubordination and disrespect towards them.

The brouhaha stemmed from the decision by the former KMA boss to write a letter to question the authority of Nana Agyenim Boateng, the Amoamanhene, who was appointed by Otumfuo Osei Tutu to represent the chiefs on a committee that was to supervise the construction of the Kejetia project.

Five years after his resignation, Kumasi Youth Association (KUYA) whose objective is to push for development in Kumasi has awarded the former KMA boss in its maiden Asanteman Awards 2020.

Speaking to the media after the event Mr. Kojo Bonsu commended the event organizers for appreciating his effort in the development of Kumasi.

The former KMA Boss said the way he was forced to resign as Mayor made him believe that the people of Kumasi didn’t like him, but that belief has erased by the recognition given to him by the youth group.

He advised the current mayor and future Metropolitan Chief Executives of the Assembly to be firm in the discharge of their assigned duties because people will tag them as disrespectful basically for doing the right thing in the interest of Kumasi.

Kojo Bonsu, however, charges President Nana Akufo Addo to appoint a competent and innovative leader to be able to survive the pressure of Kumasi residents depending on the outcome of the election petition before the Supreme Court.

He dedicated his award to the Kumasi Market women who supported him during his tenure as the Mayor of the City between 2012 to 2016.

Kojo Bonsu also commended the former president John Dramani Mahama and the regional executives of the opposition National Democratic Congress (NDC) for the tremendous support they gave him in the region.