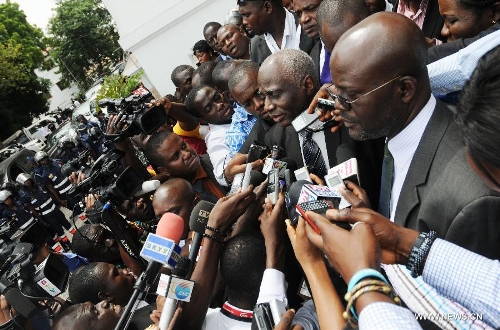 The Supreme Court has decided to telecast live the 2020 Election Petition filed by the Presidential Candidate of the National Democratic Congress, John Dramani Mahama.

The court decided on its own to allow for a live telecast of proceedings.

Lawyers of Mr. Mahama had indicated they will move a motion requesting a live broadcast of the proceedings as it will be in the interest of the state.

In his petition, former President Mahama contended that no candidate won the 2020 presidential election and, therefore, the declaration of President Akufo-Addo as the winner of the election by the Chairperson of the EC, Mrs Jean Adukwei Mensa, was “null, void, unconstitutional and of no legal effect”.

He argued that as per the results announced by Mrs Mensa on December 9,2020, no candidate garnered more than 50 percent of the total valid votes cast, as required by  Article 63(3) of the 1992 Constitution.

It is the case of Mr Mahama that per the figures, the actual percentage for President Akufo-Addo minus Techiman South ought to be 50.098 percent and not 51.595 percent, as announced by the EC Chairperson.

He also argued that his percentage minus Techiman South should be 46.26 percent and not 47.366 percent.