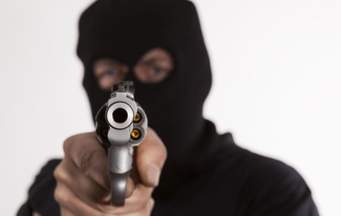 A 25-year-old man has been shot by armed robbers at the entrance of the Wulugu Senior High School in the West Mamprusi Municipality of the North East Region Saturday morning.

The victim, Gideon Osei who was driving from Kumasi to Burkina Faso to purchase tomatoes upon arrival at the entrance of the school was shot in the leg by the robbers before robbing him of an amount of GHC40,000.

In a similar incident, four masked men robbed traders of their belongings and cash amount of GHC2,500.

The victims, about twenty passengers traveling on a Neoplan Bus from Techiman to Bunkpurugu were stopped by the armed robbers who emerged from the bush by the roadside and fired shots at the Windscreen of the bus before robbing them.

They evaded arrest by the police after fleeing through the thick bush. The Police are however on a manhunt for them.