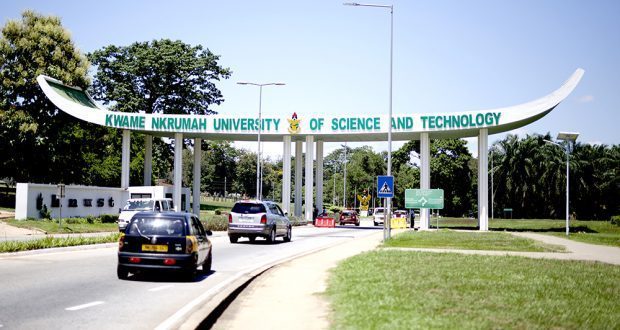 The Kwame Nkrumah University of Science and Technology has debunked claims swirling on social media that 17 persons including a porter have lost their lives in the Sunday dawn inferno.

The University has also dismissed claims that the Republic Hall was as well razed down.

The fire which was reported to have started around 1:30am in a Mini market owned and operated by some private individuals right behind the Republic Hall in KNUST was completely ravaged.

According to the University management, students who reside in the Republic Hall were immediately evacuated from their halls until the situation was brought under control by the institution’s fire tender.

A press statement sighted by Ultimate News and signed by the Deputy Registrar of the University Relations Dr. Daniel Norries Bekoe entreated the general public to disregard misinformation on social media that some 17 persons lost their lives including a porter.

He noted “We wish to entreat the general public to disregard the misinformation on social media that the republic hall was burnt and 17-persons including a porter have lost their lives.”

The University management also pointed out that no student nor their items were affected. “The campus is calm and all students are going about their routine activities peacefully,” he alluded.